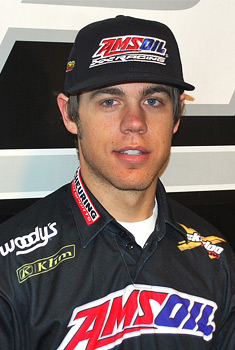 Scheuring Speed Sports has signed Willie Elam to race the Pro class for the remainder of the 2010-11 ACSS series.

Andrew Johnstad was released from the team following the AMSOIL Duluth National and Elam, a longtime Ski-Doo racer became the logical choice to fill the seat.

“Willie was in Duluth racing out of his own pocket and that alone says a lot about his character and determination.” said team owner Steve Scheuring.

Elam, who hails from Buhl, Idaho is also an experienced free rider and is expected to take part in the Speed & Style competition at Winter X.