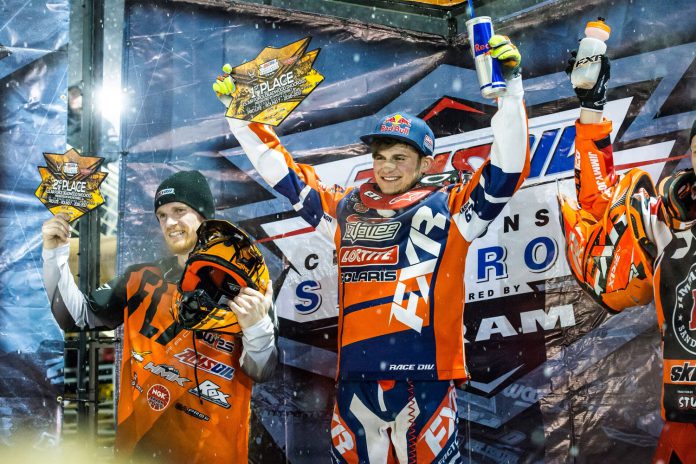 Polaris snowmobile racers won on snow and ice this past weekend.