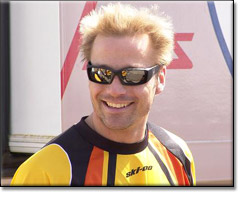 Many Supertrax readers know we support the WSA (World Snocross Association) and the CSRA (Canadian Snowcross Racing Association) national championship series in both the US and Canada.

We also support the Evinrude/Ski-Doo/Supertrax Super Team. As a result of the racing talents of WSA Star Noel Kohanski, the team seized both the CSRA’s National 440 and National Pro Open Championships this season.

Despite being advised by doctors not to race this season he scored a solid fourth overall in the CSRA’s National Pro Open Series.

On top of these successes, the team’s Semi-Pro rider, Matt Turner (featured on the current cover of Supertrax airing out the new IQ 900 Fusion), tallied a solid second overall in the CSRA’s National Semi-Pro Championships in both 440 and Open. L

ook for Lester and Turner to return this season contesting the CSRA’s Pro National and Regional Championship Series.