Going the Distance to Help to Cure Diabetes 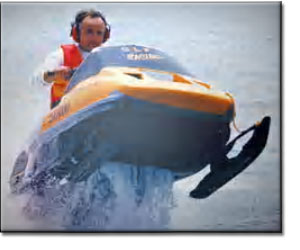 Here’s a challenge for you! Present me with a man with more thalamus based fortitude and ambition than Henry Bieda. This is a man that has gone through two divorces, a business and home leveling fire and two recessions which nearly crushed the family business.

His mind never gives up and fortunately he has a physique and level of health to compliment his lofty aspirations and internal drive.

Never sick for work a single day in over 33 years in business, Henry Bieda is a model of the entrepreneurial spirit, an example of how much one can accomplish in life with or without an education. Henry is a grade eight drop out. Unconventional, unorthodox, outspoken and downright controversial are some words that best describe this youthful minded and proud descendent of Polish immigrants.

If there was ever a guy that you could count on when times were tough to lend a hand or solve the impossible problem that others long ago gave up on, it would be Henry Bieda.

So it was really no surprise, when reports came in from Sweden last October that after 18 years, Henrik Lodin a man less than half Henry’s age was claiming to have achieved his personal 5 year goal of besting Henry’s 100 mile (162 km) snowmobile waterskipping distance record.

Needless to say, that it did not take long before Henry began formulating a plan to regain his claim to fame and do something really big to help others at the same time.

Henry’s 6 year old grandson Evan and 8 Year old granddaughter Peyton (Stephen’s children), both have Type I (Juvenile) diabetes, a debilitating disease that requires these kids to have 8 invasive blood glucose tests per day and requires Peyton who is not yet eligible for an insulin pump to endure as many as 4 insulin injections per day.

Fortunately, these kids have of some of Henry’s genes but many others are not so strong or lucky. Diabetes is the single most costly disease on our health care system in Canada and children and adults alike are being diagnosed with it at an alarming rate due to a combination of lifestyle and environmental factors.

Please take a few minutes out of your busy day to watch this video produced by our great friend and campaign coordinator John Gale.

You can help us reach our fundraising goal of $20,000 for Juvenile Diabetes Research by Saturday June 16th, 2007, the date Henry WILL REGAIN the Snowmobile Waterskipping World’s Record that he held since 1989 and later finally get recognized in the Guinness Book of World’s Records. Send this email to your friends!

Supertrax Onlinehttps://www.supertraxmag.com
Check back frequently for new content and follow us on social media!
Previous articleProblems With My ’06 Ski-Doo 600 SDI
Next article2008 Polaris Shift: Simple is Better