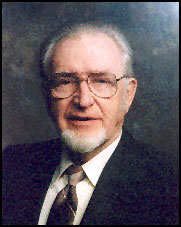 It is with great sadness that we relay word of the passing of the legendary Edgar Hetteen, one of the co-founders of Polaris and such a long-time driving force in the snowmobile industry that he is commonly called “The Godfather of Snowmobiling.”

Edgar died on Saturday, February 12. He was 90. “Edgar was an icon, a snowmobile pioneer and visionary who helped grow a seed of a sport and industry into a thriving pursuit and business that people love worldwide,” said Polaris President and COO Bennett Morgan. “He was an inspiration to generations of Polaris employees who admired his desire for innovation, and the way he enjoyed interacting with the people involved in snowmobiling.”

The son of first-generation Swedish immigrants, Edgar Hetteen grew up on a farm near Roseau, Minnesota. Working with farm equipment, he developed an engineer’s eye for innovation and invention, despite attaining only an eighth-grade education.

He worked in an uncle’s machine shop as a teenager, served in the military, then founded Hetteen Hoist and Derrick in the mid-1940s. His original partner was his eventual brother-in-law, David Johnson, who initially bought into the company by sending money to Edgar from the Pacific region, where David was stationed in the U.S. Navy.

The company expanded beyond hoist and derrick work, building anything customers needed, including a highly successful line of farm products. Such a diverse company needed a less-restrictive name, so in 1954, Edgar and David incorporated the business as Polaris Industries Inc. The three original partners in Polaris were Edgar, David and Edgar’s younger brother, Allan Hetteen.

In 1960, he led a group of three Polaris snowmobiles on a remarkable 1,200-trip across Alaska to prove the Polaris Sno-Traveler’s mobility and dependability. It was an early major milestone in snowmobile history, and it’s appropriate that Edgar was in the lead.

Edgar left Polaris later that year, and shortly thereafter founded another snowmobile company, Arctic Cat, meaning he had a hand in founding half of the OEMs in today’s snowmobile industry.

Edgar’s spirit and passion for people and snowmobiling never left our company, and over the past several decades he has been a wonderful ambassador for Polaris and for snowmobiling. He has been featured in Polaris advertising campaigns, and has made invaluable contributions to special events such as company anniversary celebrations.

Edgar was a 1990 inductee into the International Snowmobile Hall of Fame, and a 1999 inductee into the Minnesota Business Hall of Fame. In 2004 at Polaris’ 50th Anniversary he was inducted into the Polaris Hall of Fame. He has been honored by snowmobile groups from Alaska to Maine for spreading the gospel of snowmobiling, a sport he cherished not only for its mechanical appeal, but more for the wonderful people involved at every level.