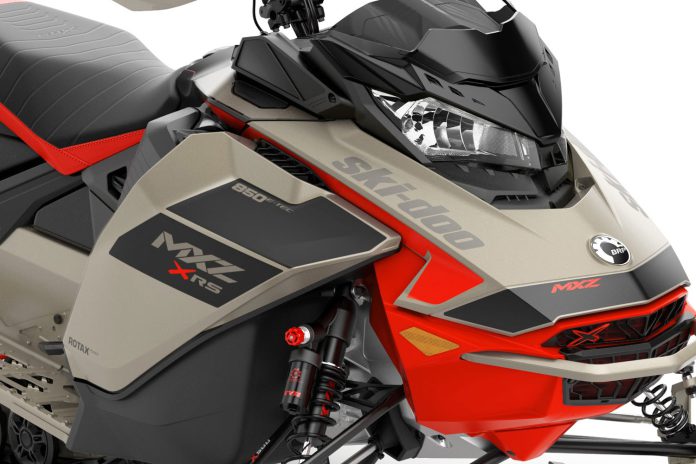 June 15, 2020 at 2:50 PM EDT – The Federal Court of Canada handed BRP an important victory against its competitor Arctic Cat regarding BRP’s frame patent, which was at the heart of the Ski-Doo REV revolution; The Federal Court of Canada issued a permanent injunction prohibiting the sale, use and distribution of all Arctic Cat snowmobiles in Canada that infringe BRP’s Canadian patent; The effective date of the permanent injunction is set for July 6, 2020; The Court also ordered Arctic Cat to pay BRP a royalty of CA$135 per unit that infringes the frame patent since MY2008.

Valcourt, Quebec, June 15, 2020 – BRP (TSX: DOO; NASDAQ: DOOO) announced today that the Federal Court of Canada has rendered a decision favorable to BRP in a lawsuit launched in December 2011 against Arctic Cat, where BRP argued that Arctic Cat infringed certain of its patents related to BRP’s revolutionary Ski-Doo REV snowmobiles.

Snowmobile enthusiasts will remember the launch of the Ski-Doo REV in 2002, which completely revolutionized the rider experience with its aggressive, sporty forward positioning of the driver and strong, lightweight frame.

“I couldn’t be more pleased with the decision of the Federal Court of Canada”, said Martin Langelier, Senior Vice President, General Counsel & Public Affairs at BRP. “Innovation is part of our DNA and today our ingenuity, which makes our company and products unique, is recognized and protected against intellectual property violation. The REV platform was and is still a game-changer in the snowmobiling industry and to have it protected in Canada is an important win”, concluded Langelier.

The Federal Court of Canada issued a permanent injunction ordering Arctic Cat and its Canadian dealers to stop the sale, use and distribution of any snowmobile which would infringe BRP’s frame patent. It also ordered Arctic Cat to pay BRP a royalty of CA$135 per unit that infringes the frame patent since MY2008.

The effective date of the permanent injunction is set for July 6, 2020.

About BRP – We are a global leader in the world of powersports vehicles, propulsion systems and boats, built on over 75 years of ingenuity and intensive consumer focus. Our portfolio of industry-leading and distinctive products includes Ski-Doo and Lynx snowmobiles, Sea-Doo watercraft, Can-Am on- and off-road vehicles, Alumacraft, Manitou, Quintrex, Stacer and Savage boats, Evinrude and Rotax marine propulsion systems as well as Rotax engines for karts, motorcycles and recreational aircraft. We complete our lines of products with a dedicated parts, accessories and apparel business to fully enhance the riding experience. With annual sales of CA$6.1 billion from over 120 countries, our global workforce is made up of approximately 12,600 driven, resourceful people.

Supertrax Onlinehttps://www.supertraxmag.com
Check back frequently for new content and follow us on social media!
Previous article90-DAY WARRANTY EXTENSION ON BRP PRODUCTS
Next articleANALYSIS OF THE BRP VS ARCTIC CAT LAWSUIT