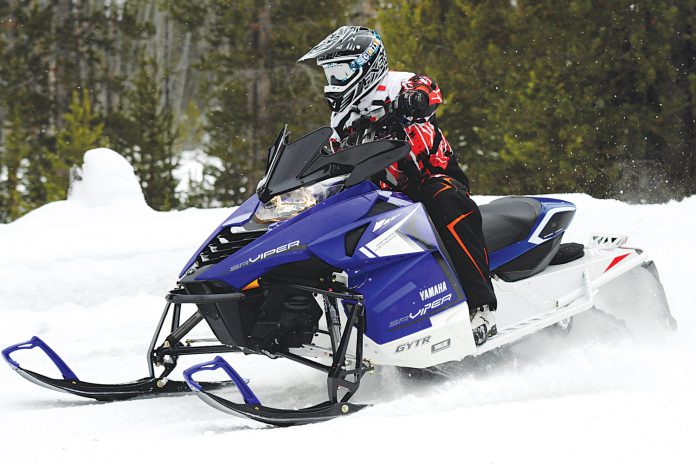 Although it wasn’t the first time two snowmobile companies ever entered into a manufacturing agreement, the 2013 deal between Yamaha and Arctic Cat was a blockbuster move.

The world economy had been struggling with a deeply-rooted recession since 2008 and budgets for design, research & development and tooling had slapped many companies, not necessarily just in powersports, upside the head.

Since the worldwide snowmobile business is arguably less than 200,00 units a year, it just didn’t make sense for Yamaha, given its market share grasp of that 200,000 at the time, to go crazy designing a whole new fleet of snowmobile platforms.

At the same time Arctic Cat’s longtime agreement with Suzuki to build its snowmobile engines was drawing to a close and Cat needed a new and innovative engine supplier.

Events were merging perfectly for the two companies: Cat needed an engine supplier and Yamaha needed up-to-date chassis tech. Thus the Viper and the 7000 series were born.

From the first time we rode them we loved these two 4-strokes. Handling was excellent and the Yamaha 1049cc EFI triple made the most seamless 4-stroke power we’d ever experienced.

Certainly there had already been faster 4-strokes offered, but this 130-hp engine in the ProCross chassis was and still is, simply a fabulous combination.

Four model years in, the Viper has evolved itself into an even better product and Yamaha hardcores have to admit they like it and that was Yamaha’s greatest fear, initially. By working together, two great companies built something that will keep their customers happy for a long time.