Will Yamaha Add Another 2-Stroke To Its Lineup? 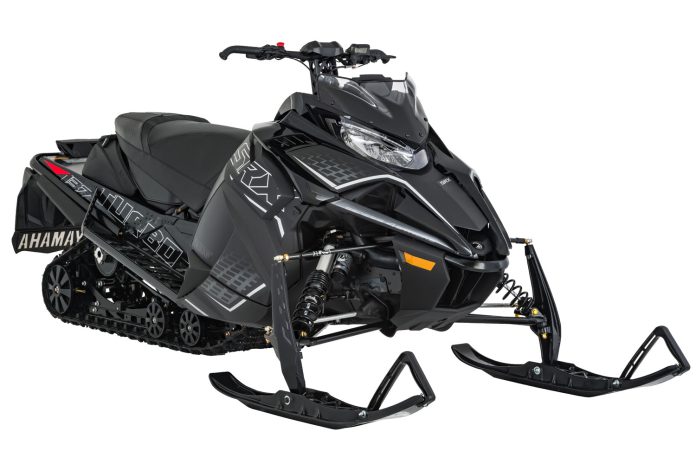 We’ve already written our views on Yamaha’s decision to offer its 2020 Transporter this year.

This 153-inch sled, powered by a Dual Stage Injected Arctic Cat 600 2-stroke is certainly a departure from the entrenched 4-stroke-only mentality Yamaha has been sticking with the last 15 years.

The fact is, the Transporter’s deep snow capability as well as its entirely decent trail capability is a pretty good alternative for hardcore Yamaha customers looking for a semi-mountain, quasi-crossover sled that is light enough to give good deep powder performance and still be 100-percent appealing on trails. Oh, yeah, it can also be used as an ice-fish-hut tow-sled or a cargo hauler.

The question we’re asking ourselves right now is this: Is Yamaha’s decision to sell a 2-stroke model a look into the future and a confession the company is looking to expand its model menu to include more 2-strokes next year?

Lets just step back, stroke our chins and consider the possibilities. Suppose the 2020 Arctic Cat Sno-Pro was a harbinger of something Yamaha customers would be interested in.

This rethought Arctic Cat mirrors many of the design facets Yamaha has built into the SRX. With the suspension slammed lower because of increased ride-in and a one-inch track and using Cat’s CTEC engine, a tweaked-by-Yamaha version – lets call it the “Enticer” – could have some appeal to Yamaha customers who have been looking for a “Big Y” 2-stroke sled targeted for the trails.

Yamaha could use its excellent roller secondary from the SideWinder and add in some Yamaha-specific tweaks to give it a unique identity. Suddenly, the company would be a player in the 2-stroke market.

600 or 800 2-stroke? We’re guessing a 600 at first. Why? By next year Yamaha dealers would have familiarized themselves with the 600 and would have parts inventory in place from the Transporter without having to stock a lot of 800 parts.

Also, who knows where Cat will be two years down the road with its 800 C-TEC engine program. If it becomes an 850 within that time period, then Yamaha could intro a new version of the Enticer with big inch 2-stroke power.