WILL 200-HP BE THE ABSOLUTE MAX FOREVER? 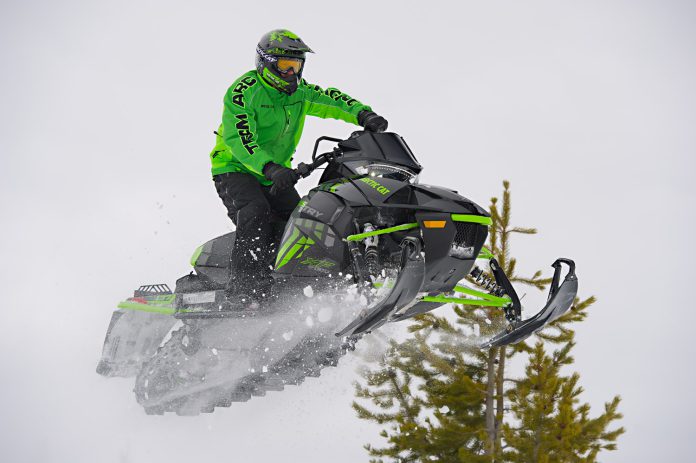 We were recently asked if we thought production sleds would ever exceed 200-hp.

Today, some turbocharged snowmobiles are flirting with those numbers, although no one is out-and-out confessing they’re making beyond 180.

Just suppose over the next few years one of the OEMs comes with a sled that makes the written claim it’s putting out 200 ponies. Would that be the absolute maximum power a consumer-available production sled will ever make?

We need to go back in history to see how things progress. In the 1990s it was rare for a sled to go beyond about 110-hp. The huge-selling Indy 650 barely made that much power and even more radical sleds like the Wildcat and some of the ZRs all kept their power claims around 120.

Then in the late nineties and two-thousands came the onslaught of a number of big-inch 4-strokes, 800 and 1000 2-strokes and the power ante was raised up close to 150 and quickly reached the 160-hp mark. By 2010 the price of admission was definitely a minimum 160 ponies in the Hypersled class.

Today, the claims for 2-strokes are 160-165 and the most recent turbos, as mentioned, are setting the bar much higher.

Here’s what we think will happen: Certainly for the rest of this decade, you won’t see sleds making claims beyond 180. Whether or not the actual output of these sleds will be close to 200 is something we’re already dealing with when it comes to the SideWinder and the 9000 Cats.

In the next decade, given the growth of performance claims and the historic demands of riders, we could see the maximum horsepower jumping into the 210 range.

I know it seems impossible to imagine, but we’re absolutely, positively sure if an OEM announced it had a sled making that much power, it would be a huge hit in sales. It would be the new legend of snowmobiling and would establish that manufacturer as the standard everyone else needs to reach.

I guess what we’re saying is: If you build it bigger, they will come. Always!

Kent Lester
Kent Lester is Co-Publisher of SUPERTRAX Magazine and a regular contributor to this website.
Previous articleWHY VINTAGE SLEDS ARE SO POPULAR
Next articleIS LIGHTNESS STILL A THING?