WHY ARE SLEDS SO EXPENSIVE? 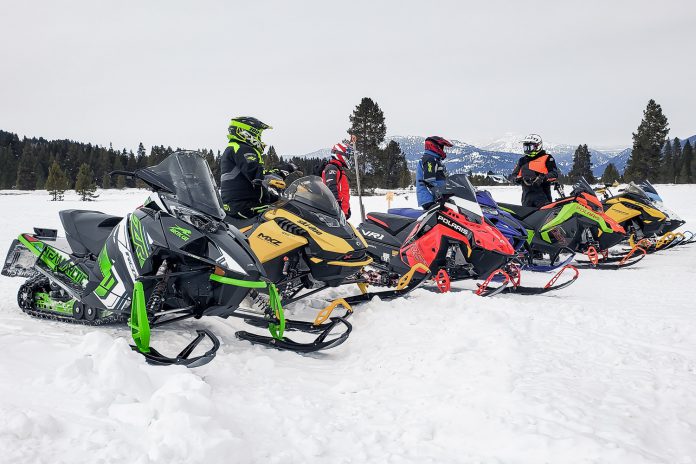 Before you send hate mail in response to the title of this report I will give you the answer to my question right off the top: Yes.

We get a lot of mail griping about the cost of snowmobiles so I thought I would take a run at explaining what’s still going on in the sno-mo retail marketplace.

Here’s the real issue: The COVID reality the past two and half years created never-seen-before pressure on both the new sled and used sled marketplace. When the COVID lockdown came into effect, people went nuts buying up powersports vehicles. The reality of being trapped at home for an indeterminate time made people seek out other forms of recreation to replace cancelled warm weather vaycays.

While the powersports industry literally reeled at the volume of early orders that first year of COVID, the real estate industry completely blew itself off the Richter scale with rapidly accelerating, then skyrocketing prices – particularly on properties located in what might affectionately be referred to as “Cottage Country” which, coincidentally is most often “Snowmobile Country”.

Where I live in Central Ontario, prices on recreational lakefront properties pretty much doubled in less than one year. Cottages would go up for sale and literally dozens of offers above the asking price would roll in so fast buyers were in a spin. This real estate reality was and to some degree still is (in some locales), unprecedented. It has been a 100-percent seller’s market for almost three years just about everywhere.

Back to snowmobiles. While this unprecedented demand for sleds was ramping up so were used resale values. I can say this with conviction: Never have I seen people pay such inflated prices for a used sled.

We get a fair number of asks around here about what we think a certain sled (used) should sell for. We are not the “Auto Trader” of the sno-mo-biz but do have a pretty good view of what the market looks like and what it will bring for used iron. The numbers we have seen are incredible.

Stuff that’s five years old has been selling for often just a few hundred bucks less than a comparable brand new sled. Why? Because there are so few unsold new sleds available. Supply in the snowmobile-biz has been outstripped by demand for three years and, in fact, still seems artificially strong (not enough supply) again this fall sales season.

So yes, the price of sleds is going up – but there are some hopeful signs. First, if you’re in the game – that is you own late model sleds – you are no doubt finding you can pretty much get what you paid for your rides. I have a good friend who took his 2020 sled to his dealer to use as a trade on a new 2023.

The dealer offered him $9500 as a trade. Under normal market conditions this would have been a generous offer. He took the sled home and posted it on a local buy-and-sell site for $12,500 and sold it in hours. Actually, he claims he could have sold it more than once.

As you can see dealers are challenged to get sufficient trade-ins because owners can sell their trades for more themselves. This means dealers are putting bigger money into trades than makes sense – or maybe it does make sense? In any case, I’m confident you can see how this incredible upscaling of prices is being fuelled.

If you want to get into the sport and are looking at used (or new) sleds, things do look kinda pricey. If you’re already in and negotiating a deal to move up to a new or newer ride, the cost to do so isn’t as prohibitive as you might think when considering the upscale value of your trade.

Make sure you shop wisely. This is a volatile marketplace.