WHAT TRACK LENGTH IS BEST FOR TRAILS? 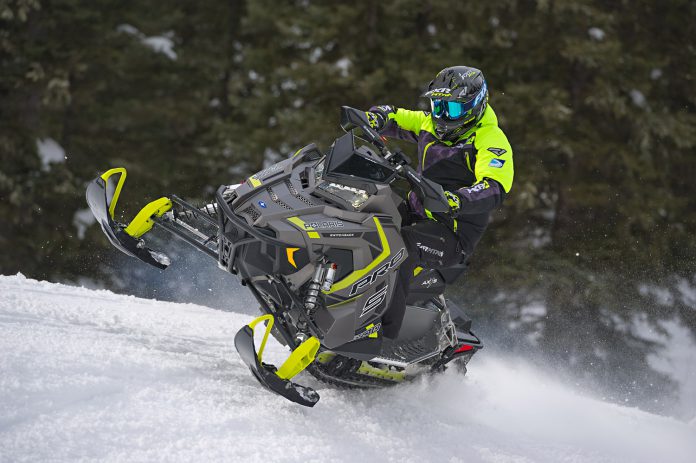 We’ve been getting a lot of feedback from readers and viewers about what track length is most acceptable for trail-riding sled owners.

One of the biggest changes in the business over the last three years has been about track length. Even the most popular pure trail sleds are sporting 129-inch tracks now and 120-inchers have become a bit of a rarity. In cases where no 129-incher is available (Polaris RUSH) the 137-inch versions of the same sled are selling pretty much equally to the 120.

Most of the people we talk to have no problem moving up to a 137 because the ride tends to be about he same or maybe better than a shorter version and handling is barely compromised. The bonus of having more on-trail and off-trail versatility is pretty tempting with a 137, too.

What about the current crop of sleds that work on trails with even longer tracks? The new AXYS-based Polaris Switchback 144, Cat and Yamaha’s 141-inch sleds and even some of the crossover sleds with up to 154-inch tracks are actually very good trail sleds. There’s been a lot of tweaking and tuning of the geometry in these dual-purpose suspensions and both handling and ride is surprisingly decent.

Many have told us they would never consider anything with a track longer than 137 – of course, they usually haven’t ridden the new crop with longer tracks.

Frankly, we’ve been pretty strong on recommending these long tracked sleds and continue to be impressed with them. Really, our biggest concern is the lug depth and not the track length. Some come with 1.75-inch depth, others with 2.0 and 2.25-inch lugs.

We think anything deeper than 1.75 is just too deep for trails and potentially causes grooming damage, not to mention the fact those extra-deep tracks devour sliders like cotton candy.

All in, however, we wouldn’t hesitate to buy some of the longer tracked sleds, even when trail riding is the first love. We couldn’t have said that three or four years ago.

Kent Lester
Kent Lester is Co-Publisher of SUPERTRAX Magazine and a regular contributor to this website.
Previous articleBITEHARDER PARTNERS WITH OFSC
Next articleWHAT WILL BECOME OF THE INDY?