WHAT SLEDS WILL YAMAHA DROP? 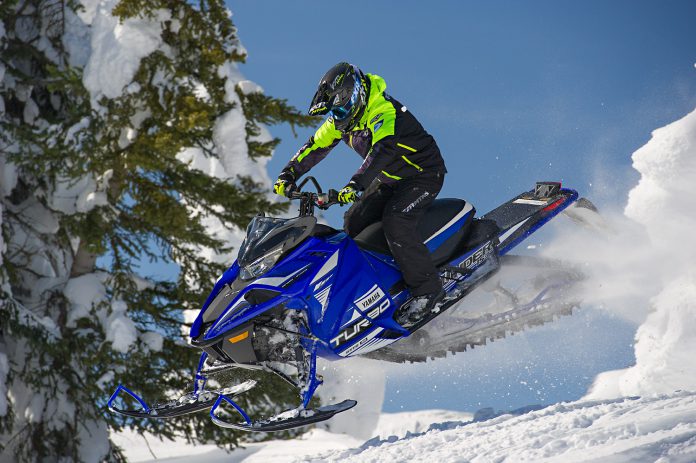 It’s no secret Yamaha owners have pretty much accepted the Cat-based Viper and SideWinder models and traditional, built-in-Japan sleds like the Phazer, Vector and Apex has been put in the shadows on the sales charts.

The Phazer hasn’t been changed for several years and even in its best times, despite being a fun sled to ride, was not a big seller.

The Vector got some major updates a year ago, including drive-by-wire throttle (YCCT) and a new skidframe but its sales are still not dominating the same-market Viper. The Apex still sells reasonably well but we’re wondering if the new SideWinder with its abundant power and up-to-date looks will have an effect on that sled.

We think the Phazer is definitely on the hot seat and could disappear from Yamaha’s 2018 brochures but that asks another question: Will Yamaha build another lower cost sled to get entry-level customers into its fold?

We can almost guarantee if the Phazer is discontinued, the expensive-to-build 500 twin will not be used in a lower budget sled. That means Yamaha would likely develop a new engine somewhere in the 80 to 100-hp range for the replacement sled.

We’re voting for an EFI version of the 998 triple to compete with Ski-Doo’s big-selling ACE 900.

Kent Lester
Previous articleWHAT WILL BECOME OF THE INDY?
Next articleSKI-DOO GEN 4 4-STROKE