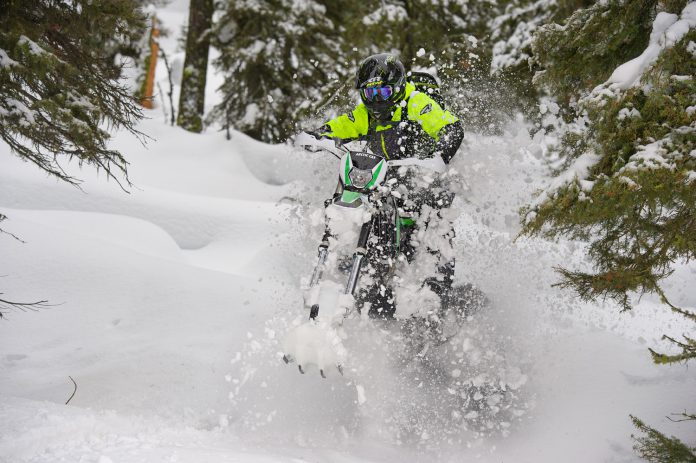 Ever wonder what happened to the SVX 450 Snow Bike project from Arctic Cat? We have, and as a result of asking the question got a “sort-of” answer from Cat’s new Snow Boss, Craig Kennedy, when we interviewed him at Hay Days.

The question was easy to ask. “What’s happening with the SVX 450 project?”. The answer is considerably more complicated.

First-off, there’s the issue of the power unit – the European Sherko 450 off-road motorcycle. While we never received anything concrete on the Sherko we wonder if there wasn’t an issue with price.