THE SLED THAT CHANGED EVERYTHING 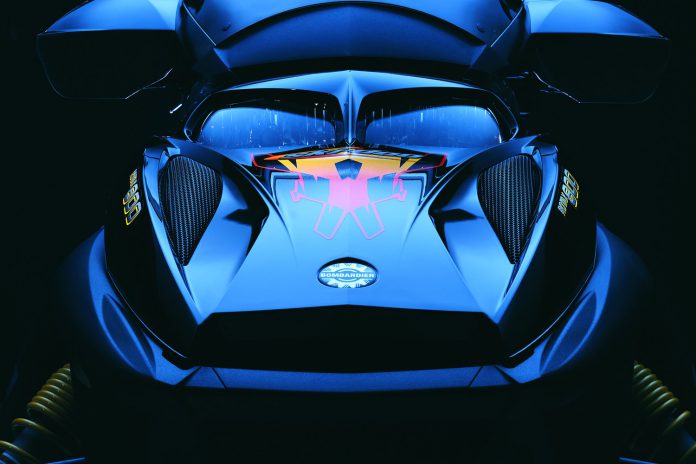 Believe it or not, the iconic Ski-Doo REV platform is 20 years old! That’s not to say the REV Gen 5 we see today is the same sled as the 2003 “Beaver Tail” REV. It is not. However, there’s a stunning amount of original 2003 REV DNA in the current G-5.

Something we find a little strange is Ski-Doo’s relative silence surrounding this industry milestone. After all it was the 2003 REV that led Ski-Doo to capture the number one market share status they’ve not only held but grown substantially over the past 20 years. Doesn’t matter, we’ll take on the job of celebrating this important event.

Why is the 20th birthday of the REV so important? In snowmobiling’s glorious history there have been a very small number of innovations that have shifted the snowmobile paradigm. Here’s my list.

Of all of these innovations, none caused such a violent and radical paradigm shift in the market as did the REV’s intro in the early 00’s.

The idea of completely re-engineering a snowmobile’s ergonomics to closely resemble those of an off-road motorcycle was earth shattering. I’m not overstating this!

My first ride on a 2003 limited-build MX-Z REV 800 is an event I will never, ever forget. The whole idea of allowing the rider to make sitting-to-standing transitions so intuitive and easy made riding trails a brand new experience.

The REV allowed me to simply stand up – at 60 MPH if I wanted – and run whoops, sucker bumps and craters at previously unsafe and uncomfortable velocities. It was just way too cool.

Here’s more. After just my first pull, everything else wasn’t as good. It literally happened that fast. It was like the REV was coated in magic dust.

The way Ski-Doo packaged up the new REV was flat-out smart. The re-jiggering of every major component on the sled’s chassis required a lot of expensive tooling – specifically body and tunnel re-thinking.

Despite this challenge, Ski-Doo was able to pretty much use its Series III 800 carb engine, TRA clutch and ZX chaincase with minimal modification. That stuff is really expensive to retool at the same time as the body and chassis.

Here’s maybe the most important issue with the launch of the REV 20 years ago. The guy who had it all on the line – literally his future as the CEO of the BRP recreational products division – was being wagered here. I’m talking about none other than BRP visionary, leader, risk-taker and entrepreneur – Jose Boisjoli.

Boisjoli is all of the aforementioned things and more. He’s as honest as the day is long and as unassuming as any leader I’ve known (and I have known just about all of them) in the powersports industry. Jose comes across pretty-much ego-less. He’s super approachable and transparent. He does not need to be pretentious – his track record speaks for itself.

What stands out about the REV’s introduction versus those other three innovations is this: There was no going back once the REV was sent to production. If it didn’t capture the market and receive resounding approval and acceptance, Boisjoli would have been in a world of trouble. However, when Boisjoli got the nod from Laurent Beaudoin – the Father of BRP (Canada’s equivalent to a Rockefeller) to pull the trigger and take the radical REV to the market, there was no going back, no “Oops, sorry about that” or any exit strategy. It was go all-in and trust your instincts.

Frankly, I know precious few individuals who have the guts to take a risk as big as the REV was. I also know precious few leaders with the instincts of Boisjoli – and the unbridled respect his lieutenants have for him.

There’s a whole lot more to this story so stay tuned for a closer look at the birth of the REV.

Mark Lester
Mark Lester is Co-Publisher of SUPERTRAX Magazine and a regular Host on SNOWTRAX TV.
Previous articleCAN’T WAIT TO RIDE THE ALL-NEW CATALYST
Next articleWHAT WOULD IT TAKE TO MAKE YOU SWITCH BRANDS?