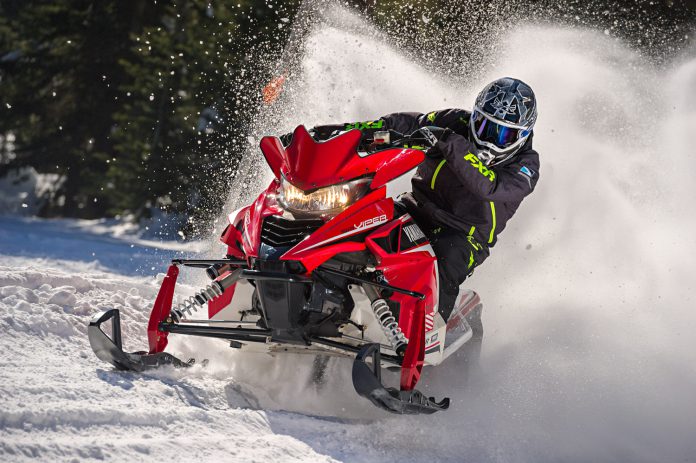 The introduction of the turbocharged SideWinder last year has provided a number of clues about what could happen with a second generation Viper.

Here are some things we think could be coming:

This is the very least Yamaha could do with the 1049cc Yamaha triple and our guess is the company was doing field-testing with it all last winter.

Everything is there and already being used on the SideWinder. Yamaha has spent a ton of money designing and building molds for the SideWinder’s quick-remove body panels – makes sense a new Viper would use them, too – or at least a variation of them.

YCCT (Yamaha Chip Controlled Throttle) is a flawless system and so far has only been used on the RS-based Vector and Venture. It’s well proven technology and a next-gen Viper would have a lot of sizzle with it onboard.

Some have told us we’re nuts to even think about this but it makes sense from a weight-saving perspective. The 129 and 146-inch Vectors and Apexes with this skid work very well and it’s lighter. It would also make the Viper more distinctive from the Arctic Cat 7000 versions.

Certain upgrades of the Viper and the new Venture SR could adopt EPS. This long-tested tech is well proven and makes a deluxe version of anything Yamaha pretty appealing.

Here’s a stretch: Suppose the Apex’s unique EX-UP exhaust valve was adapted to the 1049 triple? Yes, there would be special challenges placing it in the tunnel of the SR platform. However, we think it could be done and may amp up the Viper’s power and torque without a lot of EPA hassling.