THE HARD TRUTH ABOUT OFF-TRAIL RIDING 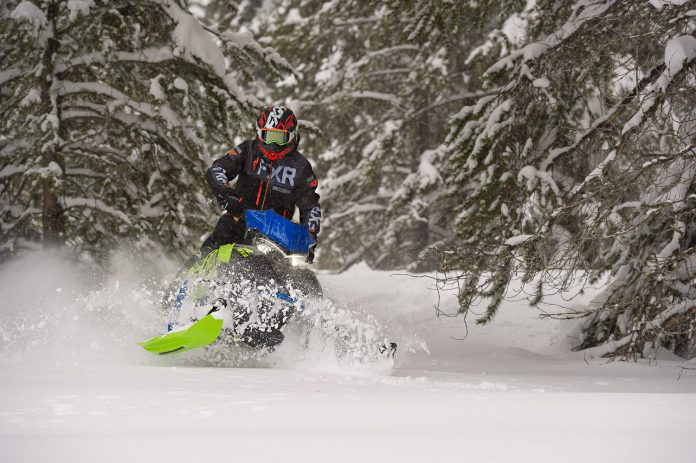 It looks like snocross racing has been supplanted as the identity of choice by the image of the deep snow freerider.

Iconic names like Haikonen, Morgan and Hibbert for two decades have given way to powder slaying, cornice jumping images of Chris Burandt, Carl Kuster, Dave McClure, Rob Kincaid and many others. More important, in showrooms the sought-after image of snocross sleds is increasingly shifting to deep-snow sleds.

Proof positive are comments coming from the OEMs indicating the sale of crossover and mountain sleds is the growth market in the snowmobile industry right now.

We would not dispute this assertion. Our contact with you, our readers, and Snowtrax Television viewers indicates not just a passing interest in off-trail riding but a determined desire to rip-up powder, ride without boundaries and generally go wherever you choose.

Although we’re not against this new, tweaked definition of snowmobiling, we must clearly state this reality: If snowmobiling keeps redefining itself away from groomed trail riding – and I’m speaking about flatland freeriding here – there’s going to be a huge price to be paid.

Sure, it’s great the OEMs are recording sales increases in deep snow, longer tracked crossover rides; I get that. However, there has to be a visible, coordinated move to educate these buyers their new way to participate has boundaries and subsequently, rules. If this doesn’t happen soon, we’re in for big trouble!

So, overall, this is good, right? I mean more sleds sold means more participants, more tourism impact, more justification for our sport’s continued acceptance and support by government and thus more monetary support for snowmobiling. This is correct thinking, right?

Honestly, I’m less sure about the above rationale than I’ve ever been. I’m concerned things are getting out of control. We attend all the big US consumer shows every fall and this year I was overwhelmed by the increase in people we spoke with who are buying sleds with the intent to use them off-trail in flatland, trail-based territory.

Like I said, I’m all about more participation and expansion. However, I’m becoming increasingly concerned about the consequences of this re-imagined type of riding.

You’ve likely heard, just like we have, about trail closures from sleds wandering off the prescribed signed and marked routes. Landowners are the backbone of North America’s state and provincial groomed trail systems. The desire to freeride using these trails as a springboard to “get to the pow” runs 180-degrees counter to the original idea behind groomed trails.

Therein lies the problem. This growing desire to ride deep-snow-capable sleds in deep snow has to be subject to some rules. Moreover, this new movement needs tourism destinations and riding locales to step up and recommend terrain and areas where this kind of riding can legally and considerately take place.

Those who build, maintain and groom our valuable trail systems can no longer just get angry at off-trail riders, because they’re most certainly not going away.

In fact, it appears these participants are going to grow again in numbers this winter. There has to be some solutions and some give-and-take in an effort to get this new genre of riding under the wing of established trail sanctioning groups.

One more thing: It’s probably time for the OEMs to step up with some ideas aimed at preserving the amazing access we enjoy to public and private land. As the main benefactors of the explosion in popularity of deep snow sleds, the manufacturers need, at the very least, to participate in and ideally help direct this conversation as well.

It’s time to get talking constructively about this no longer “emerging” but rather, ever-increasing fraternity of snowmobilers who see things differently than the status quo.