Sooner Or Later This Was Going To Happen 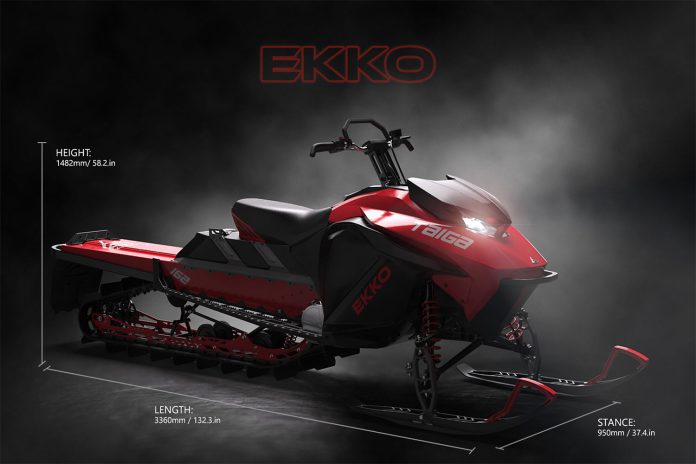 So here we go! The revolution (or what appears to be a revolution) of electric automobiles has migrated to our sport. Let me clarify a few items before we get too deep into this genre.

First, electric snowmobiles are a long way from making it into the mainstream. Problems exist in a number of key use parameters – not the least of which is charging capability.

One of the most powerful detractors to the wider acceptance of electric cars is the sparse existence of Stage Three charging stations. Specifically a DC charger which can “fill up” an electric car battery to 80 percent in about twenty minutes. Stage Two 240 volt AC chargers can do their job – so it’s reported – in about 2 hours.

Stage 1 chargers would be the equivalent of a 110 volt extension cord from your house to the car and require upwards of 12 hours to charge car batteries. As you can imagine a Stage Three charger costs significant jing but is clearly the most credible way of feeding energy to an electric car.

Interestingly, Taiga – a Canadian company with some pretty impressive credentials and financial backing – is not being unrealistic about the aforementioned realities. Taiga has wisely targeted what I will agree is an opportunity with pretty strong potential. Taiga’s brain trust consists of past team members from the SAEs (Society of Auto Engineers) heralded Clean Snowmobile Challenge competition sponsored by the Keweenaw Research Center in Houghton, Michigan.

The idea of the event was for aspiring Engineers from technical learning institutions to compete head-to-head in a competition to produce the cleanest and most efficient snowmobile using unique or existing technologies or a combination of both. SUPERTRAX Magazine covered the Clean Snowmobile Challenge with a number of feature stories.

Without getting into too much detail at this writing it appears the Taiga – available in utility/two up, X-Over and Mountain configurations will initially be targeted at ski-hill maintenance operators and snowmobile rental operators. There is genius in this plan and here’s why. The Taiga fleet all use batteries which provide a claimed 120 – 150 kilometer range. That’s less than 100 miles. Knowing rental operators – like the myriad who exist in places like West Yellowstone, Montana, have daily rental routes much shorter than the Taiga’s range means the Taiga two–up model would be easy to integrate into this kind of service.

Clearly the Taiga’s environmentally responsible flavor would be welcomed with open arms by the US Park Service. Even snowmobile renters – who are overwhelmingly neophytes – might pay more to rent from an electric snowmobile provider than a BAT (Best Available Technology) fossil fuel powered snowmobile rental company.

The potential for commercial use of a Taiga by ski-hill maintenance staff is a natural. There would be significant opportunities for Taiga to market to the down hill ski industry.

So what about you and me? Will we want a Taiga? We’re going to hold judgment on this question until we’re able to close a couple loops. First and foremost we have to actually see and touch a Taiga. That’s happening in August when we visit Taiga in Quebec. Beyond this we need to actually ride a Taiga – hopefully early in the 2019-2020 season and see if it appeals to the hard core sled nuts around this place. It would be unwise to get into a huge RAH-RAH about the Taiga when we have no, zero, zip experience with the vehicle. We owe it to you – and ourselves – to let the Taiga do the convincing.

That’s why I haven’t delved into the spec charts and details of the Taiga’s engine – actually “motor” – chassis and suspension in any detail. None of that will matter unless the Taiga wins us over with its snowmobile prowess.

Stay tuned for an update after our Taiga plant tour. Taiga has promised another surprise for our August visit.

Check out the details at taigamotors.ca