SNOWMOBILERS DON’T CARE MUCH ABOUT EMISSIONS 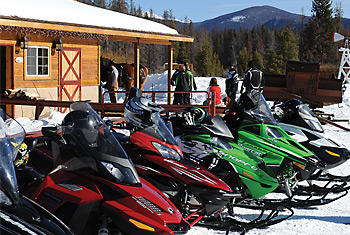 The upcoming model year, 2012, is a big year for EPA emissions for snowmobiles.

That particular year represents the last of the government’s deadlines for snowmobiles to comply with the clean air criteria originally drawn up in 2002.

We were curious about whether the average snowmobiler really cares much about if their sled meets EPA clean-air criteria.

Obviously, if you’re buying a new one, you have little choice about driving a clean snowmobile because they all meet at least some level of cleaner output.

What was interesting in our polls and queries was that, to snowmobilers, engine performance is still the number one consideration when buying a new snowmobile followed by ride quality, handling, weight and ergonomics.

A distant fifth place was emission compliance. It’s both an interesting result and maybe, a bit unnerving.

Perhaps 4-stroke technology, SDI and Direct Injection never would have entered our business without the intervention of the EPA. Think about that!