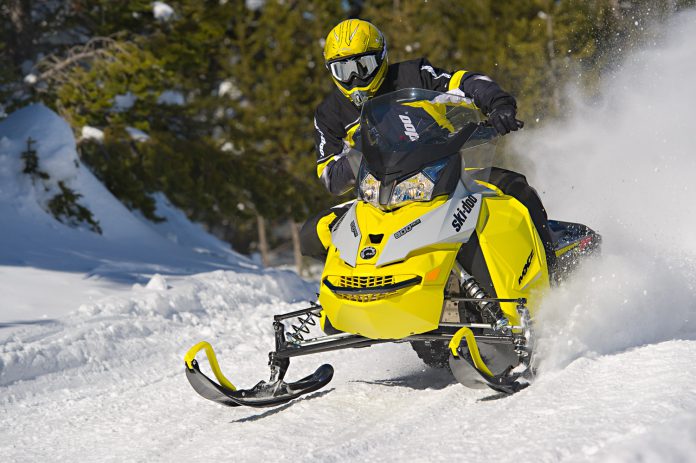 This thing is totally radical and for all-the-world looks like a cross between a desert racer and a trophy truck.

Here’s what’s interesting to snowmobilers: The X3 uses a version of Ski-Doo’s 900 ACE 4-stroke triple boosted with a turbocharger. Bottom line? It makes 154-hp and runs as smooth as silk.

When our test riders (from our off-road televison show, Dirt Trax) rode the X3, they came back raving about its engine. Apparently it makes big-time torque down low, has almost no turbo lag and cranks power like an engine double its displacement.

The 900 ACE has been consumer proven for a number of years in snowmobiles and in Sea-Doo personal watercraft and has shown itself to be durable when operating in the 90-hp range.

Based on what we’ve seen with other turbocharged 4-strokes in the snowmobile biz, big displacement isn’t always necessary to get big power. Remember Cat’s original 660cc triple? It made about 115-hp and was fairly conservatively boosted. Polaris came with a 750 Weber with a turbo and that engine made 140-hp with a boost cycle that could give you over 160 stallions for a short interval when you tipped-in the throttle.