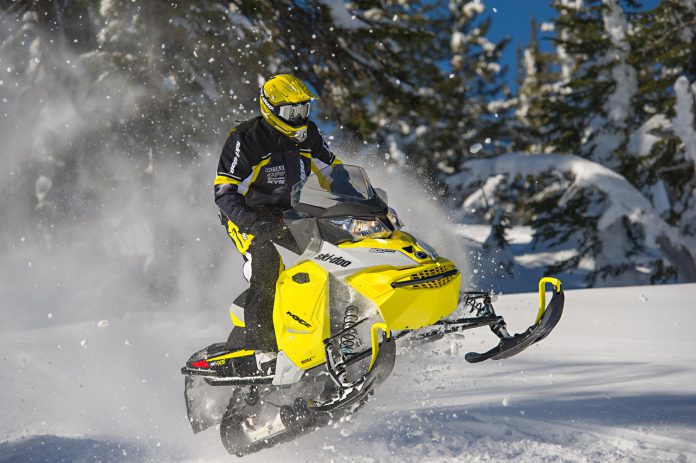 How can we even doubt there will be a Ski-Doo 900 ACE turbo in the very near future? There are some undeniable facts in place and it’s hard to ignore them.

First, BRP has put a tremendous amount of work and money into developing the turbocharged ACE triple for the Can-Am Maverick.

We think the product development that has gone into this 154-hp twin-cammer is too expensive to merely limit it to Can-Am Off-road and not use it in other BRP venues like Ski-Doo and Sea-Doo.

Would a 900 turbo fit in the Gen 4? We’re not sure, but we think it might entail some pretty severe mods and maybe even a new 4-stroke-specific bulkhead and bodywork.

Maybe a bigger question is: Will snowmobilers who already are in the market for an expensive, super-powerful turbo-sled think 154-hp is enough?

If Ski-Doo is going to get into the turbo market it will need at least a SideWinder-matching 180-hp, otherwise everyone will be comparing the two and the Ski-Doo Turbo would be in second or third place (Thundercat’s a big player here, too).

Sure, the engineers could just dial in a bit more boost and likely reach the same performance level as the SideWinder and Cat 9000, but is that the way Ski-Doo usually does things?

We don’t think so, either.