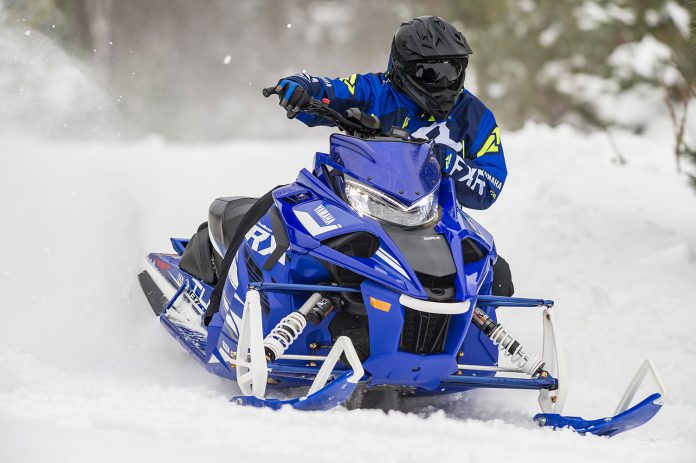 What is it about using retro names that sells snowmobiles? We recently wrote a story about the unbelievable hook the name “SRX” has created for Yamaha this year. If you look back, every OEM has utilized a “blast from the past” name with curious success over the past few years.

There’s the Ski-Doo Blizzard and TNT: Great names, but the originals were certainly not very noteworthy. I owned a TNT back in the 70s and frankly, it was a piece of junk that I had to leave running all day because, if I shut it off, I’d never get it started again. The new TNT – a great snowmobile – is certainly not reminiscent of the old original one in any way.

Same with the original Blizzard from the ’80s: That one ate drivebelts like they were potato chips. The new one: Tugboat reliable.

Cat still uses the Thundercat moniker – and it’s been a legend ever since it came out in the 1990s. Always at the top for power and usually pretty reliable in its original form, the T-Cat name makes sense that shoppers would still remember its cache and gravitate to it.

Then there’s the El-Tigre. That name goes back to the late 70’s and it was a good sled both then and up until Cat stopped using the name this year.

A side note here: Our Opinion: If Cat had made the El-Tigre truly identifiable and technically unique in its last rendition, and had not just offered a different paint and sticker job to define it, it probably would have sold even better. Maybe it will return in a future decade.

Polaris revived the XCR nameplate based on the fact most XCRs from the past were strong, memorable performers. Still true today.

The Indy name – probably the strongest brand ever created in snowmobiling – has returned and just like the original, does not disappoint in any way. Maybe Polaris will revive the name “XLT” sometime, too – because that one was a winner, for sure.

It’s interesting how snowmobilers gravitate to the past, though. Those fossilized memories of great rides from the days of yore still hold an abstract attraction to us. Some were great sleds and some were less than great. However, it looks like the retro formula really works. Oh yeah, remember the Ski-Doo Formula? Pretty good sled.

Kent Lester
Kent Lester is Co-Publisher of SUPERTRAX Magazine and a regular contributor to this website.
Previous articleVote for North America’s Top Snowmobiler – QUARTER FINALS ROUND TWO
Next articleROLLABLE EASY-LOAD RAMP BY DGRP