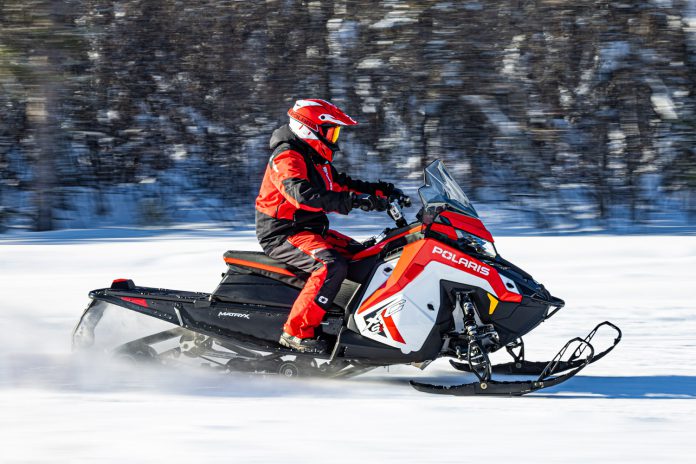 Okay, we know you’ve been waiting for this… and so have we! After a 10-year hiatus, it’s high time for Polaris to enter the 4-stroke market.

To say Polaris has entered the 4-stroke market is a gross and almost incalculable understatement. What Polaris has come with is not a “me too” 4-stroke offering but rather a new engine available in multiple MATRYX chassis variants.

Let’s unveil the new ProStar S4 powerplant with a thunderous drum roll. This engine is purpose-built for snowmobile use. Yes, the engine in some ways mirrors the off-road RZR’s 1000 ProStar, however there are material differences not the least of which is a dry sump crankcase to get the engine’s center of gravity as low as possible (the RZR uses a wet sump design).