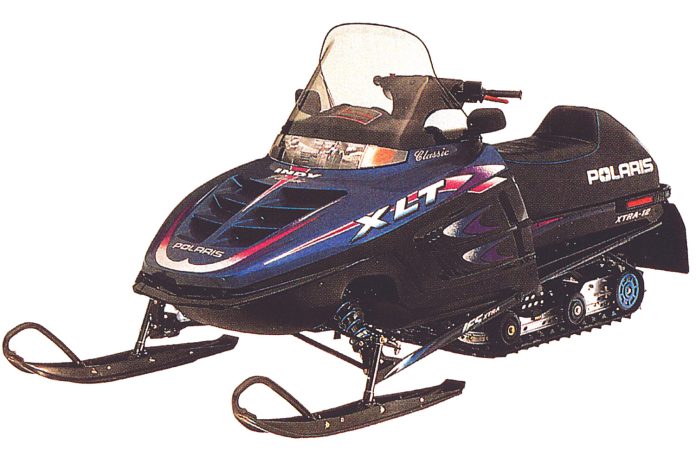 It started as a 580cc triple and eventually grew to 600. Although this “Extra-Lite Triple” wasn’t a performance powerhouse, it established itself as a reliable, reasonably light 3-cylinder engine in an era where the whole industry was shifting to 2-stroke triples.

The key to the XLT was its “monoblock” construction that placed the water jackets and cylinders very close together to conserve space and weight.

We used to comment this engine played the “National Anthem of Snowmobiling” out its exhaust.

Tens of thousands were sold and thousands still remain.