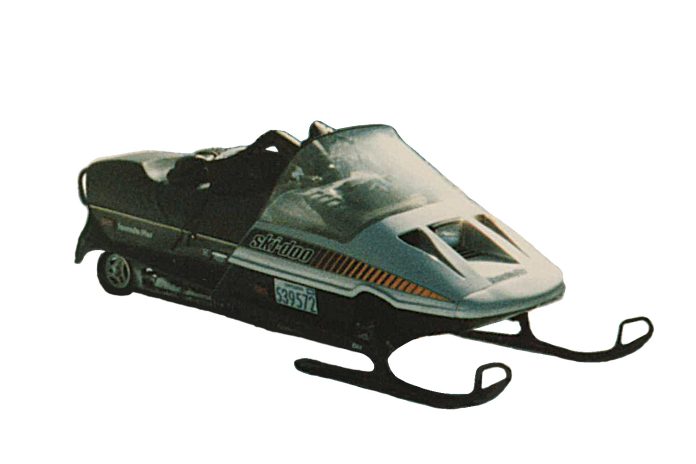 Everybody’s had that one sled that stands out from the rest. It defines the fun of snowmobiling and every time you reflect back on it, there’s a little twitch in your heart. In this series we asked our staffers to share their faves. Read what Harold McAdam, Public Relations Editor, Supertrax has to say about the Ski-Doo Formula Plus.

It all started in October, 1968 when I took delivery of my shiny 1969 371 Nordic. At the time I thought for sure it was the greatest snowmobile ever made.

Looking back again, the absolute game changer for me was when Ski-Doo finally figured out their early 1980’s Blizzards were definitely not the best sleds and launched the 1985 Formula Plus chassis (PRS). For me, that’s when Ski-Doo hit the proverbial “nail on the head.”

I had been riding a 1979 Karpik inspired Blizzard 7500 that I truly loved, but reliability was certainly not its strong point. I persisted for five years with that chassis because I was not enamored with the newer Blizzard chassis and design.

For me, the 1985 Formula Plus captured the superb handling characteristics of the former RV chassis but had an independent front end, a fast, reliable liquid-cooled rotary valve twin and even a rear suspension that worked decently. Best of all, it was reliable, didn’t blow belts and I managed to pilot this sled for over 10,000 miles in the ensuing two years.

Following that sled I owned almost every model year of this chassis, however, in 1989, I went to my friend, Gerard Karpik, to install an 870 triple in the same chassis.

So there it is: When I look back, my 1985 Formula Plus Skidoo was my greatest snowmobile ever, but I won’t be surprised if I have to re-evaluate this choice someday and I suspect my Renegade 1200 4-stroke might tip the balance.