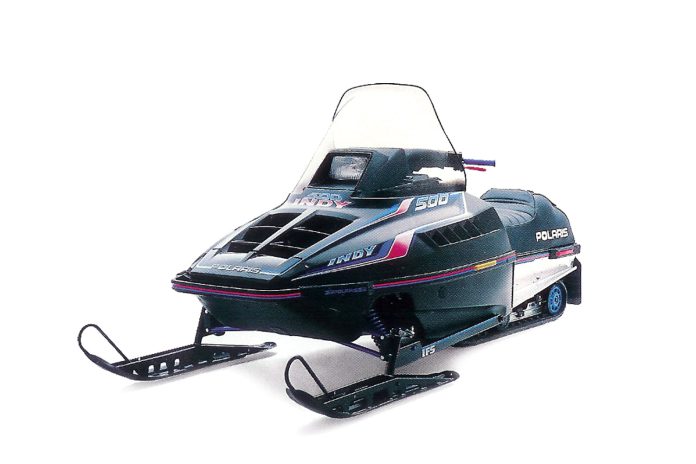 Everybody’s had that one sled that stands out from the rest. It defines the fun of snowmobiling and every time you reflect back on it, there’s a little twitch in your heart. In this series we asked our staffers to share their faves. Read what John Arkwright, Sales Rep & Contributing Editor, Supertrax has to say about the 1992 Polaris Indy 500 EFI

I couldn’t even begin to guess how many sleds I’ve owned. Of all those sleds many have been memorable and some were just plain… let’s say, less than desirable!

To pick my favorite one is tough because I’ve had so many great ones! Right now I have a Ski-Doo 900 ACE Renegade that gets phenomenal gas mileage, has a superb ride, great handling and is sooo quite.

Okay, I would have to say my all-time favorite sled was my 1992 Indy 500 SP EFI. In 1991 I had had a chance to try an early, limited build 500 EFI and I was quick to go to my Polaris dealer and get one SnowChecked. While some SP owners had some issues with EFI starting at first (which Polaris quickly had an update for), mine was flawless.

The EFI system with two throttle bodies made for a feather-light throttle pull and gave that 488 Fuji crisp throttle response. It pulled surprisingly hard down the lakes, making this sled an absolute hoot to drive.

The first year I owned it I installed 96 studs and cut a half-inch out of the 2-into-one header for a bit more bottom end (I don’t know if it really made any difference).

The second year I went to Starting Line twin pipes and a Marv Jorgenson chip and installed a 133-inch SKS track kit. In the mid ’90s I installed a FAST M-10 suspension.

I put a lot of miles on that sled over the years and about all I did to it every year was put on a fresh belt, install new carbides and a set of plugs. After that just gas and oil.

Truth of the matter is, of all the sleds I’ve owned, I kept this sled the longest and if I had the chance, I’d buy it back in a heartbeat!