OFF-TRAIL RIDING IS NOT GOING AWAY! 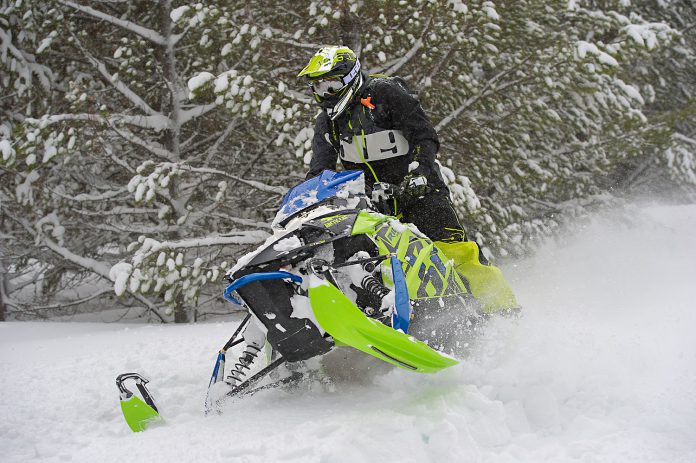 Since the early part of this decade, interest in and activity surrounding off-trail riding has been growing. That isn’t exactly true – it’s been exploding.

There’s no way you can deny this statement: The sale of longer track sleds that have morphed into purpose-built freerider sleds is the most significant shift the industry has seen since the intro of “wannabe” Sno-X sleds.

These extreme off-trail sleds have borrowed their DNA from pure vertical rides. The resemblance of most crossover, freerider snowmobiles to mountain rippers is not coincidental or unintentional. It is deliberate. The image of full-on mountain sleds tearing up fresh, unlimited pow at huge altitudes is at the core of the current X-over wave of popularity.

The percentage of new people entering our sport right now is in the low single digits. Most sales of snowmobiles come from a) brand-loyal owners upgrading and replacing their rides or b) brand switchers moving from one of the four brands. However, the highest percentile of current buyers are not looking to buy a single purpose trail sled – as would have been the case a dozen years ago.

The emails and social media comments we receive here clearly indicate the intended use for a new snowmobile is overwhelmingly directed at freeriding on flatland deep snow. Thus, most of the OEMs have more than one offering in this category.

Now there are trail-biased off-trail sleds and off-trail biased on-trail sleds. Take your pick. There’s even a growing contingent of pure trail sleds with 137-inch rails.

Clearly, there’s a profound move toward off-trail snowmobiling going on in primarily on-trail regions of the North American snowbelt.

This leads me to my most recent thoughts. We’ve been crowing here for over five years there are inherent problems with this unbridled, unregulated activity.

The problem is easy to describe. Snowmobile trails are located mostly on private land in the central and eastern half of the North American continent. Usually, access to these trails is granted by those landowners for winter-season use only.

The over-arching condition for permission to use them is deeply rooted in users (that’s all of us) staying on the prescribed, signed and groomed trail.

Forays off the groomed trail into deep, untramped snow are frowned upon in a serious way. In fact, you cannot find a North American snowmobile club that has not had landowner trouble resulting in trails being lost due to off-trail riding. Frankly, this behavior is rampant. More importantly, why wouldn’t it be?

With the OEMs selling more sleds built to perform in deep snow every year, this situation was guaranteed to occur. The problem is this: The buyers and resultant users of off-trail-biased flatland, deep-snow sleds should not be vilified.

They have bought into a hugely marketed, ultra glorified snowmobile genre and have done what the OEMs precisely intended – taken their new sleds off- trail and had an amazing experience.

It’s as simple as one plus one. No one should be surprised freeriding’s growth has caused mayhem for North America’s snowmobile clubs. I don’t want to say “told you so” but we’ve been expecting exactly what has happened – and there’s more to come.

Unfortunately, the effects of this explosion of freeriding comes home to roost in the backyard of our mostly volunteer-run snowmobile clubs. I’m overwhelmed how often I’ve been button-holed by angry club volunteers complaining about the negative effects of freeriding’s increase. I sympathize with these people, however, I regularly remind them this is not going away.

Here’s the bottom line: A long overdue conversation between the OEMs, state and provincial snowmobile sanctioning bodies as well as the media should occur immediately. There are ideas on the table that if not acted on and implemented will see the loss of more trails. Without discussion and some action, the popularity of our sport is at risk.

Sound too serious? Time to wake up and smell the coffee.