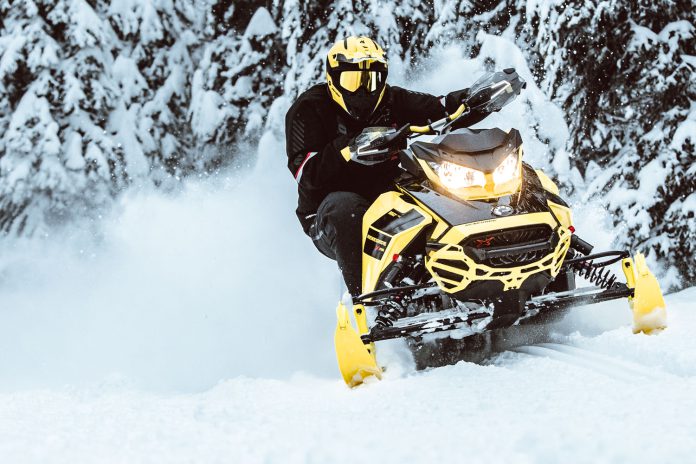 When the engineers present at Ski-Doo’s annual Sneak Peek event proclaimed they had made significant handling and suspension improvements to the MX-ZX, Renegade X and XRS’s G4 chassis – we were a little skeptical. After all, its not like the G4 doesn’t go around corners.

After one ride on the new RAS “X” IFS and the rMotion “X” we were quite honestly shocked. The new X set-up, which includes new Pilot X skis, changes the game for Ski-Doo.

While the former RAS front suspension was a good handling set-up with good bump control and stability, the new RAS X front end takes G4 handling and ride to a new and higher level.

The first thing we noticed was the dramatic improvement in bump absorption in corners. The RAS X set-up with new A-arms and longer shocks keeps the front of the G4 appreciably more settled. The chassis now turns-in with authority and holds a line through apexes, even on whooped-out trails.