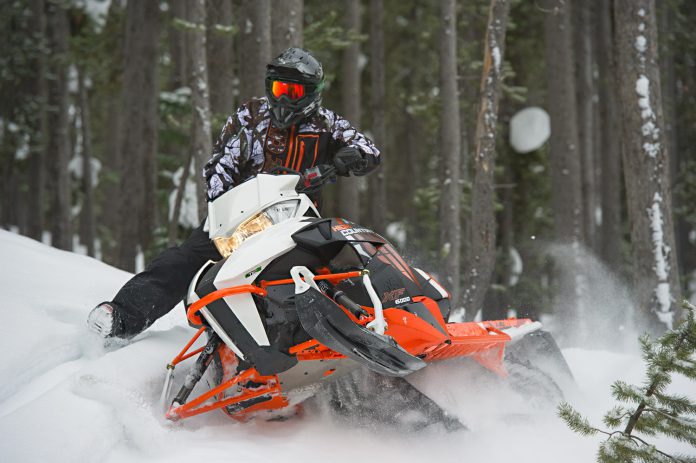 You may not have even noticed it! This would be especially true if you haven’t had a chance to ride a new AXYS-based Switchback 144, a 141-inch XF Arctic Cat or any Ski-Doo with an rMotion skidframe.

The big difference is in the way these sleds handle bumps. There’s never been any question about Ski-Doo’s coupled rMotion having incredibly good ride quality but who would have ever thought you could get such a good ride out of a non-coupled suspension like the Switchback or the XF Cat has?

Arctic Cat reworked the rear arm geometry on its uncoupled and torsion spring-less Float back end used in the XF series and its mountain sleds, two model years ago (2016 models). No one noticed and Cat’s marketing team didn’t make too big a deal of it.

Consumers noticed, however, and those sleds have become much bigger sellers because of the ride change. We tested both the 141 and the 153-inch versions last winter and walked away amazed. Simply no comparison to the past.

We had the same response when we rode the new Switchback Assault. Fantastic ride – and not even coupled.

You’ll get the same results from Yamaha’s XT-X and BT-X series sleds. Apparently Cat and Yamaha engineers worked together on those suspension projects and calibrations are very close to identical.

Kent Lester
Previous articleHOW WILL THE E-TEC 850 HOLD UP?
Next articleWHY DO YOU TRADE IN YOUR SLED?