Moto-Ski Not Known As An Innovator 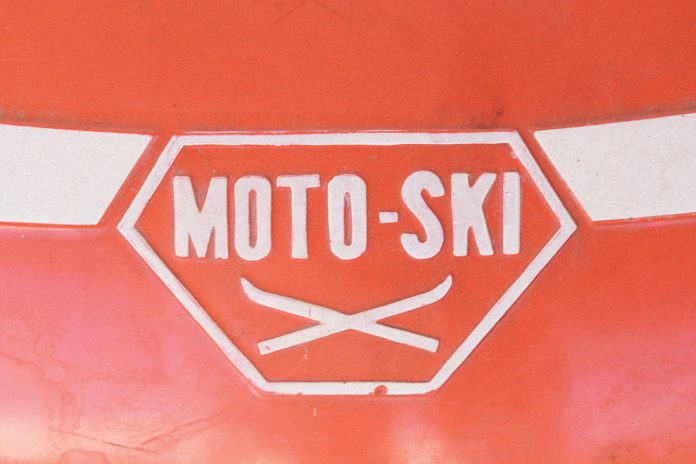 For some unknown reason, the name “Moto-Ski” was chosen as a result of a naming contest at a local school.

In the early days, model names associated with the brand were Zephyr, Capri and the infamous Cadet, the first mini-sled ever (actually, more of a mid-size).

Engines used through the 1960s were JLO and Hirth. Incredibly, one 300cc Hirth produced a stunning 12-hp! Ouch.

Tunnel mounted engines and fiberglass hoods were standard issue and by the end of the 1960s, as sales and competition kept rising, styling and more power became key selling points.

In those days, unlike companies like Rupp and Chaparral, Moto-Ski was never known for its technical innovation. The sleds were pretty tame and very popular with the family market.

In 1968, a struggling Moto-Ski was sold to Griffin Industries of Florida and was operated for the next several model years without much in the way of technical advancement.

Many felt that Griffin was merely milking the company for cash and by 1978 Moto-Ski was in financial trouble.

Those sleds, except for paint and graphics, were mirror images of popular Ski-Doo models, sold and serviced by Moto-Ski’s dealer network.