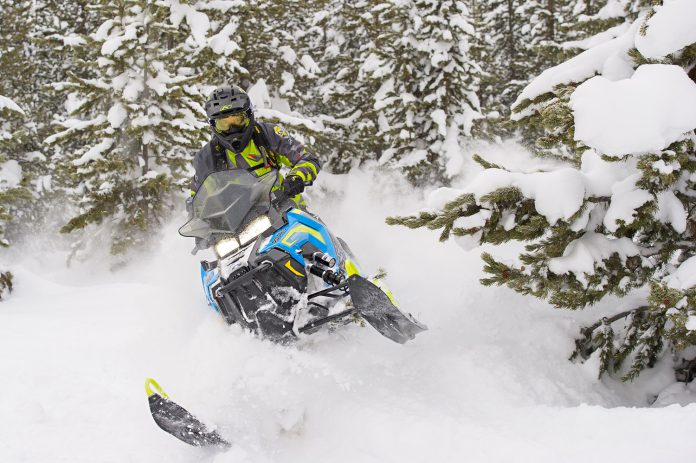 We recently ran a poll on our SnowTrax Television YouTube channel and got some interesting results.

It was no surprise Ski-Doo led the poll in most categories but one question we were particularly surprised about was: “Which Crossover sled would you want to ride this season?”

The 850 Polaris Switchback Assault 144 killed it in this segment, scoring a 44-percent positive rating, and rated significantly higher than the other very good sleds it was compared to.

We were a bit surprised at this result because the competition has really been stepping up to the plate with updates, upgrades and improvements to their crossover iron the last two years.

Meanwhile, the Switchback Assault is pretty much the same sled it was three years ago but now has a new engine – the Patriot 850.

The fact Polaris nailed it with the original Switch is pretty undeniable. There were over 1,600 poll responses and the closest the competition got was 34-percent (Ski-Doo Backcountry 850). 10-percent over anyone else is a pretty big margin and sends a strong message Polaris has got this category figured out.

Kent Lester
Kent Lester is Co-Publisher of SUPERTRAX Magazine and a regular contributor to this website.
Previous articleVote for North America’s Top Snowmobiler! – ROUND 2
Next articleWHAT SNOWMOBILERS WANT