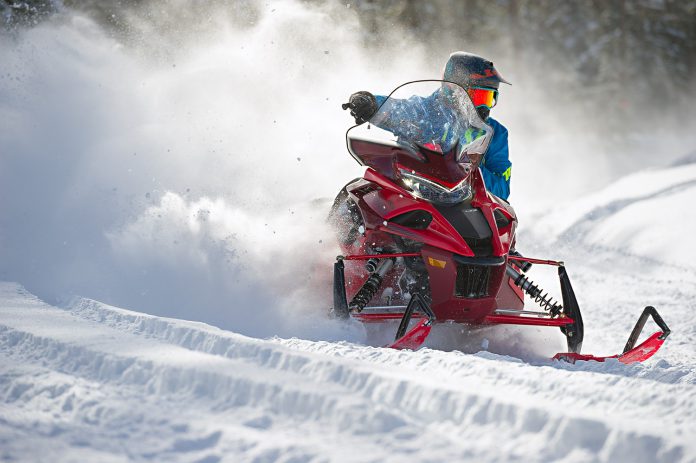 By its own admission Yamaha is first and foremost an engine company.

Not hard to see how this is true. In its $15 billion annual profile Yamaha outboard engines are the largest group of products the company builds. We’ve often said Yamaha will forget more about 4-stroke engines than the other guys will ever know.

So here’s what I’m thinking. Why doesn’t Yamaha build a 95-hp 4-stroke variant to compete with Ski-Doo’s wildly popular ACE 900?

For sure Yamaha’s 1049 triple is a credible competitor against the legion of 125–130-hp 2-strokes out there but Yamaha is definitely leaving market share on the table by not addressing this important 95-hp 4-stroke segment carved out by Ski-Doo.

Hey, wait a minute! The gone-but-not-forgotten 80-hp 500cc Phazer 4-stroke twin would be the perfect match for the ACE 900 if it had a small uptick in horsepower, wouldn’t it?

Okay, here’s another twist. With Ski-Doo hooking a hairdryer to the ACE 900 and boosting its output to 150-ponies there could very well be an opportunity for Yamaha to do some head-to-head warfare with the market leader.

Let’s be honest, we’re all big boys and girls and no one really believes the current 998cc Yama-turbo puts out a mere 180-stallions. That engine is so convincingly, overwhelmingly fast it has to be closer to 200-hp.

Here’s what I’m putting down if you’re picking it up: There’s room for Yamaha to offer a 150-hp version of the current 998 turbo and mow some yellow grass.

Yeah, we know the cost to produce a 150 versus a 200-hp 998 turbo would be virtually identical. If that was the only way of thinking, no one would ever build variant output powerplants on similar platforms.

Why not do a 150-hp turbo and take some sizzle off Ski-Doo’s steak while potentially selling more sleds? Hey wait – I think that’s called capitalism, isn’t it?

Are there opportunities for the Big Y in the current ultra-techy, high horsepower sno-mo-marketplace? You bet there are!