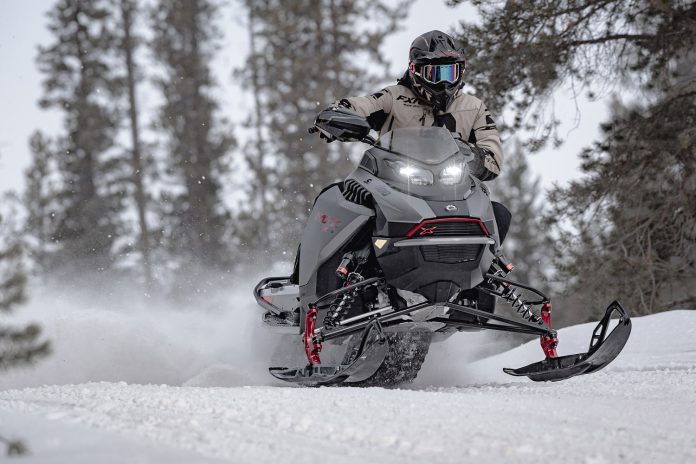 We get asked this question a lot these days with the introductory success of the new Polaris Patriot 650 twin.

There was a significant amount of risk for Polaris to break with years old (try 30 years!) industry standards that made the 600 class the meat of the marketplace.

Pretty clearly, the time had come for some upward movement in displacement to more evenly match the displacement spread between the new and now benchmark 850 class. Obviously, no OEM building a new big bore 2-stroke will invest in anything less than an 850.

Herein lies the truth to this bold prediction on my part: Most engine projects are at least three years in development (more likely five years), so for an OEM to ensure they don’t end up spending a jinormous chunk of development jing and end up one size too small is of paramount importance when readying a new powerplant.

The OEMs must be 100-percent confident they are going to get to the goal line with a new engine that reflects market trends at that very moment in history. In other words: Don’t show up at the 650 class with a new 600.

Polaris took a gamble that was pretty doggone close to the bet Ski-Doo made in 2017 – specifically that the industry was moving in the direction of 850 cc’s.

Ski-Doo must have had strong confidence its appearance at that displacement level would not only be accepted but emulated by its competitors. Here’s the reality – a couple years after the 2017 intro of the Rotax 850, nobody talks about 800s.

Here’s more that’s interesting: Ski-Doo enjoyed instant success with the intro of the 850 E-TEC. The market went wild for the new standard for all out 2-stroke performance like a Popsicle stand in the Gobi Desert.

Similarly, Polaris has experienced overwhelming acceptance of the new Patriot 650. The engine produces both horsepower and torque closely resembling an 800. Fuel efficiency of the new 650 is considerably better than the Liberty 600.

The overall feel of the new 650 compared to a 600 is convincingly superior. In our non-scientific testing we verified the 650 Patriot has the juice to deal with any of the current 600’s in the market including Polaris’ own 600.

So, the question begging to be answered is this: In light of the aforementioned realities, will Ski-Doo respond to the 650 Patriot by increasing its current 600 E-TEC engine to 650ccs?

For sure, the 600 Rotax engine closely mirrors the 850 E-TEC which would seem to make a 50cc tune-up relatively simple.

Always remember this: Ski-Doo never lets anyone mow its grass.