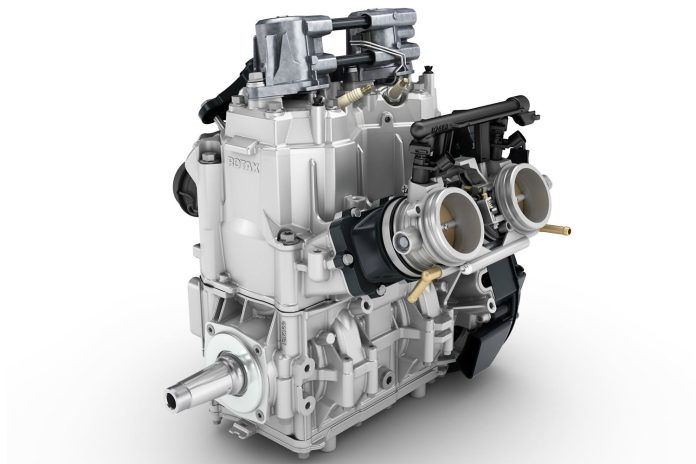 Ski-Doo turned the tables on everyone else building 2-stroke hypersleds when it bumped its flagship engine to 850 ccs. However, that wasn’t the whole story.

The company needed to get rid of its former 800’s reputation for questionable durability and create a very strong image of reliability for the new 850.

Interestingly, although this big-inch twin’s focus is on offering the most power in its class, the goal was actually to build an engine that would last as long as a 4-stroke.

First thing the engineers did was move away from the old multi-segment pressed-together crank and go to a more costly 2-piece forged one.

This is definitely 4-stroke territory and the next big feature moved them close to diesel durability: Piston failure had been an issue and so the designers moved to special forged aluminum pistons with pressed-in cast iron ring lands.

This technology had much to do with heat dissipation but also prevented wear around the ring lands as the piston moved up and down through its cycles after zillions of RPMs.

Next, Rotax addressed the issue of bottom end lubrication: Formerly, sealed bearings had been used on E-TECs and there was no injected or scavenged oil getting into the crankcase.

This meant very high crankcase temps and the need to use liquid-cooled crankcases on the 800 to preserve the crankshaft and rod bearings.

Throttle response is excellent at lower RPM and it really hauls booty up top – a noticeable winner over both competitive 800s.