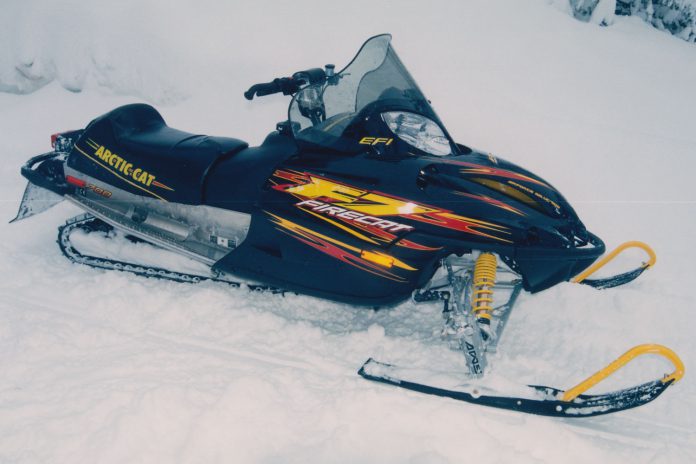 This uniquely configured 2-stroke twin powering a legion of FireCats beginning in 2002 was one of the most mysterious motors ever introduced in this biz.

This weird engine, with the intake and exhaust on the same side, shouldn’t have run this fast. Engine gurus claimed the intake charge was actually shooting directly at the crank cheeks which were spinning the wrong way to aid induction.

We suspect the same thing that propelled the legendary Fuji 500 Polaris was at play with the Firecat. What, you ask? A highly refined drive system and chassis that was exceptionally friction free.

FireCat 600s (a variant of the 700) would regularly tow competitors’ 700s while the 700 FC could go past competitive sleds so fast down Kevlar Lake the vacuum in their wake would pull the hoods off all challengers.

Maybe we’ll never know the real reason behind this engine’s dominance; or, maybe, like one OEM told me – it wasn’t a 700 at all but rather a 750 and nobody ever bothered to measure the thing. Now rotting but never forgotten.