BIGGEST QUESTION ABOUT THE CATALYST: WHAT ABOUT YAMAHA? 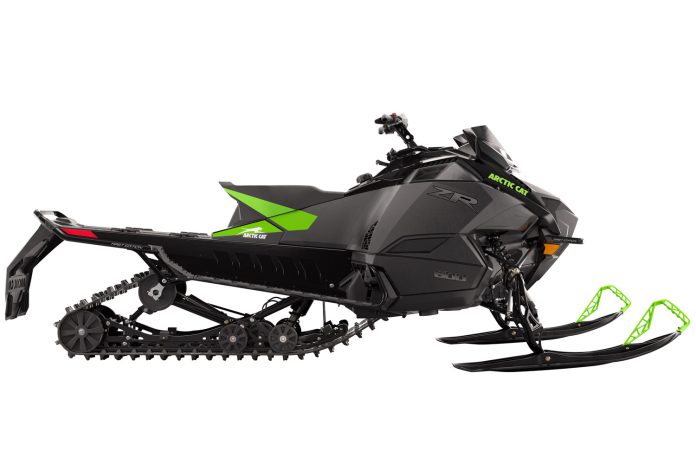 Coming close to the “most asked question this fall” at Supertrax/SnowTrax World HQ has to be: “Will Yamaha get the Catalyst platform?”.

This is among the most asked Qs for good reason. We all know it is much more efficient (read: profitable) for an OEM to build as many models on a common chassis as possible. At this point in time, Arctic Cat has neither said it would or wouldn’t equip the Catalyst with a 4-stroke mill. The company has given off fairly strong vibes about this: For right now the Catalyst is “Arctic Cat’s” platform.

Okay, we get that. However, the complexity of continuing to build the ProCross platform for Yamaha and maybe one or two AC models using a Yamaha 4-stroke engine for power, then switch the entire production facility over to Catalyst 2- stroke powered models, seems exceptionally cumbersome.

To clarify this train of thought we do believe this will happen for at least the first year of Catalyst production. However, we don’t believe AC will continue to do this for long.

So what position is Yamaha in with AC’s inevitable shift to Catalyst manufacturing? I think the issue comes down to this: “Can the combined engineering expertise of Arctic Cat and Yamaha figure out how to shoehorn a 4-stroke Yamaha mill into the new Catalyst?”.

Here are some items to consider surrounding the new Catalyst. As of December 6th Arctic Cat put out a detailed press release covering a plethora of Catalyst details – many of which the media was warned not to release until Cat gave the call. Did I just say “Cat Call”? Never mind. Now that we have a little more latitude to talk about what’s under the Catalyst’s svelte bodywork we can speculate on what Yamaha’s future may look like.

First, Yamaha may continue to have AC build its current specific Yamaha powered ProCross models. We think this only makes sense in the short term. At some point in time Yamaha will want the latest and greatest for their sleds.

Consider this as well. Arctic Cat has got to be pleased with the relationship they enjoy with Yamaha. Just the economies of scale from building sleds for Yamaha has to make their production facility in TRF significantly more profitable.

Next, Yamaha might work with AC to engineer, tool and build a Catalyst variant with a bulkhead capable of swallowing not only a 1049 triple 4-stroke but a 998 triple turbo 4-stroke, too. This would – IMO – require the fabrication of an entirely different front bulkhead.

This is not something out of the realm of possibility. Look at Ski-Doo’s current 4-stroke “Wide-Body” REV. The front clip and all the bodywork are specific to Ski-Doo’s ACE 900 engine in both N/A and turbocharged iterations.

Keep in mind too, Arctic Cat is not likely to walk away from the legendary turbo 4-stroke Thundercat. Currently the Yamaha SRX and the Thundercat with their clothes off, are very similar snowmobiles. I would venture to guess there is no other single model that’s as profitable in AC’s or Yamaha’s model profile as these two rockets.

Certainly, a Catalyst variant would need to accommodate a 4-stroke mill in both N/A and boosted trim. Think about this rationale: For almost a decade Suzuki produced the even-firing 1,100 4-stroke twin for use in an Arctic Cat chassis. This particular engine is still revered to this day as one of the most formidable turbocharged powerplants in the history of the sport.

Notably, it was a twin and fit hand and glove in the then-current Arctic Cat “F” chassis without a major retooling. Even though the Catalyst appears quite small up front, Yamaha is an engine company with unrivaled expertise in 4-stroke power. They are supremely resourceful.

There’s still much to be learned about the future of both Yamaha and Arctic Cat snowmobiles. We would love to be a fly on the wall at a product planning meeting at either Arctic Cat or Yamaha. Stay tuned.