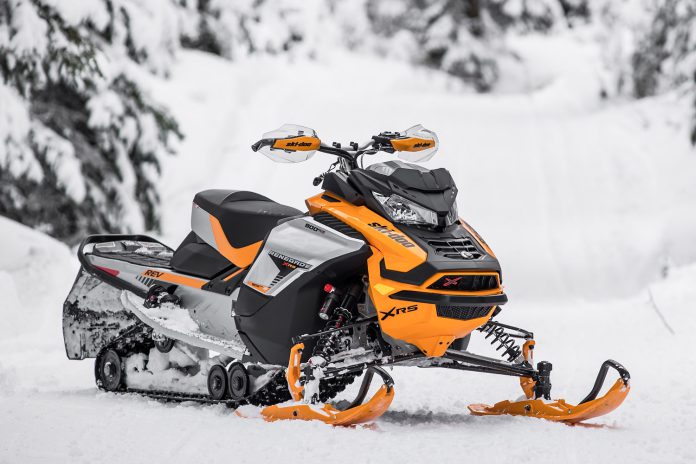 I had the privledge of being amongst a small group of snowmobile media shuffled to Rotax in Austria this past October to witness two special launches.

You already know about the G4 600R. The very first 600 engines for the new G4 rolled down the line at Rotax while we were there. The other all-new engine launched that day was the topic of this report – the ACE 900 Turbo.

While at Rotax I learned a lot of interesting stuff about in-house technology the company has pioneered and uses specifically for powersport’s engines. I discovered Rotax invested in its very own turbo charging technology building some of the sweetest, tiniest, most sophisticated exhaust driven turbos in the world.

For sure BRP is using a lot of turbochargers these days. The turbo in the new Maverick side-x-side uses a very similar platform (the ACE 900) for its turbocharged engine which produces an arguable 175 HP. Hang on and don’t go anywhere with that info just yet.

Sea-Doo watercraft now extensively use turbo chargers departing from the former use of superchargers on the 1500 watercraft triple. With all three of BRP’s high profile divisions using turbocharged Rotax power, they correctly identified the opportunity for higher quality, increased profitability along with assured supply and designed their own proprietary line of turbochargers. Frankly, it wouldn’t surprise me a bit if these Rotax turbo units ended up on some exotic, low volume European super cars.

The investment in manufacturing turbochargers had to be huge and with the compact, high performance design of these turbos there has to be opportunities for the company to be an OEM supplier to other motorized markets.

The new turbo ACE 900 is not simply a turbo and intercooler screwed onto a 90 (now 95) HP ACE triple. The engine has received a complete refreshing including rods and pistons and tweaks to the cooling and oiling system as well.

The engine produces a healthy 150 HP and displays no turbo-lag whatsoever. Yes, the engine is very similar to the Maverick turbo engine and yes, the Maverick is producing arguably 25 more ponies.

So, yes, one has to expect the output of this all new sno-mo-turbo will likely move upward in subsequent model years which actually means the aftermarket will have adjustable waste gates for the new 900 ACE turbo about 20 minutes after they get their hands on a copy. Nuff said.

Luke is the only one around our camp who has ridden the Turbo-ACE as of this writing, however we are expecting the arrival of a Limited Build in the next few days. When we do you can expect a complete walk-around with the sled.