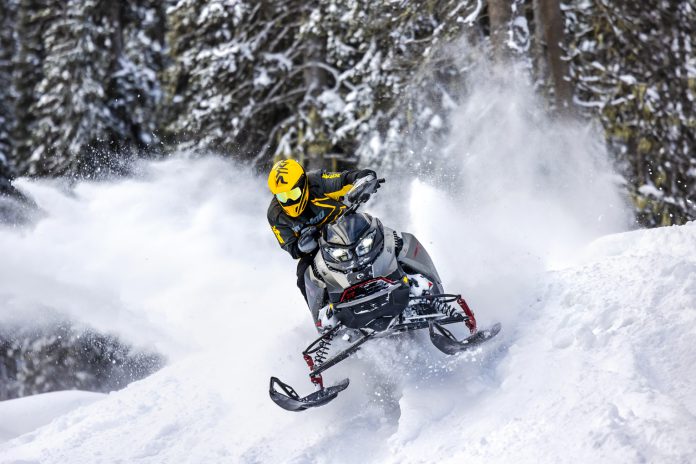 Does it seem odd a sled that has carved out a reputation as stellar as Ski-Doo’s XRS Renegade would undergo major changes for MY 2023?

We think so too, but Ski-Doo keeps its complete product line on a four to five year updating cycle and the G4 architecture was due to be refreshed for the upcoming model year.

So, what’s new and what’s different about the new G5 platform?

Let’s start with an all new frontal profile for the X-RS. The G5 brings a sleeker, less edgy, more visually appealing look up front. The new bodywork includes a much easier-to-access engine bay needing to remove just six screws to gain full access under hood. The fresh bodywork uses an innovative sound-absorbing lining that noticeably cuts engine noise at all RPM levels.

More importantly, a major revision to the engine mounting system includes four completely re-engineered engine mounts – one more than the G4. While this might not sound like a huge development, it nets a quantifiable improvement in hood, handlebar, handguard and footrest vibration, particularly at idle and up to engagement.

The windshield shows no vibes or shakes at these levels and a tangible feeling of refinement spreads throughout the chassis as a result of this new 4-mount system.

The G5 X-RS is the first Ski-Doo platform to include a full LED headlight system. LED lighting provides an incomparable amount of forward illumination seasoned Ski-Doo riders will immediately identify and appreciate. This isn’t a big deal, it’s a huge deal – and it gets approval from every test rider.