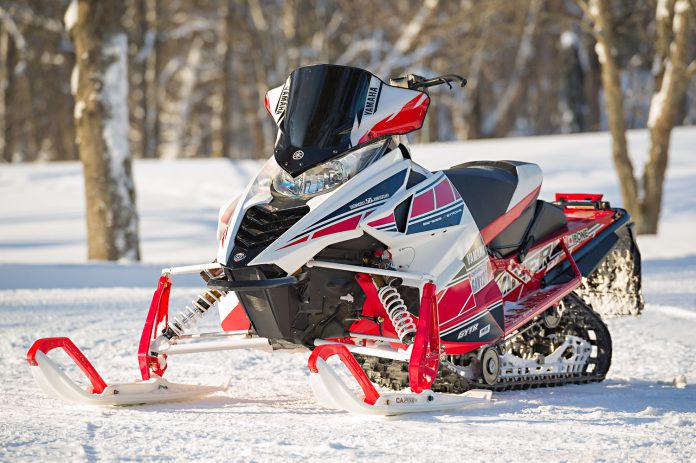 If there’s one thing Yamaha may be guilty of, it is not changing enough.

Clearly ten years for the Vector and Apex was a too-long-run through the showrooms and when the manufacturing agreement with Arctic Cat came into play four years ago we felt confident Yamaha would keep up with market changes and deliver significant new-ness more frequently.

As a result of this thought process, Model Year 2019 just may be Yamaha’s year. Listen up.

The Viper has become familiar – real familiar – and if there’s one thing we know to be true about the new sled marketplace, the latest and greatest sells first and sells most.

So what does the Viper look like in 2018? It looks really good and has since its intro back in 2014. To Yamaha’s credit, the melding of Cat’s production talents with its own engine building expertise has been a decided win for the company and its dealers.

The Viper scores big on reliability and has proven tough, durable and worthy of carrying a Yamaha logo. The 1049 triple cylinder EFI 4-stroke is still among the best 4-stroke engines in this business producing righteous power from engagement to full whack. In fact, this engine’s performance is legitimately comparable to a 600 2-stroke.