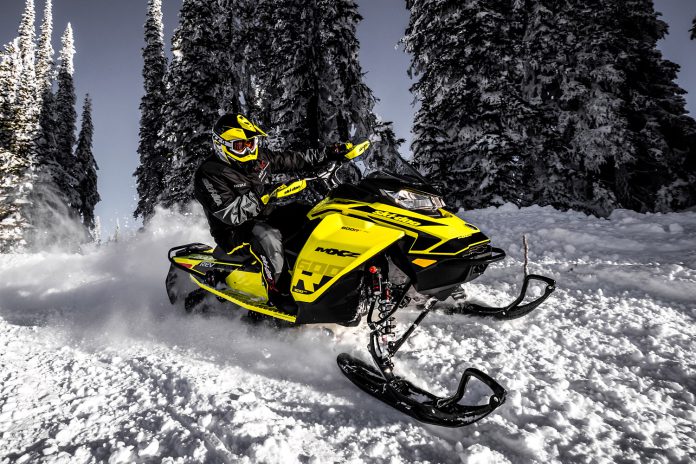 Ski-Doo has done to the 600 class what it did to the 800 class; sent the competition back to the drawing board.

That’s supposed to be the final line to this report but there’s no use denying it or trying to rationalize the performance of the competition compared to the new 600R E-TEC engine.

The new-from-the-cases-up “R” is a torque laden, stump pulling rocket for the 600 class. Engagement happens just over 3000 RPM and when the pDrive pinches Kevlar the surge of uncharacteristically torquey 600-class power begins to extrude into white top with an urgency uncommon to this segment.

It is meaty and broad through the mid-range and by the time you’re at full shift RPM at just over eight grand, the G4 is hauling serious booty.