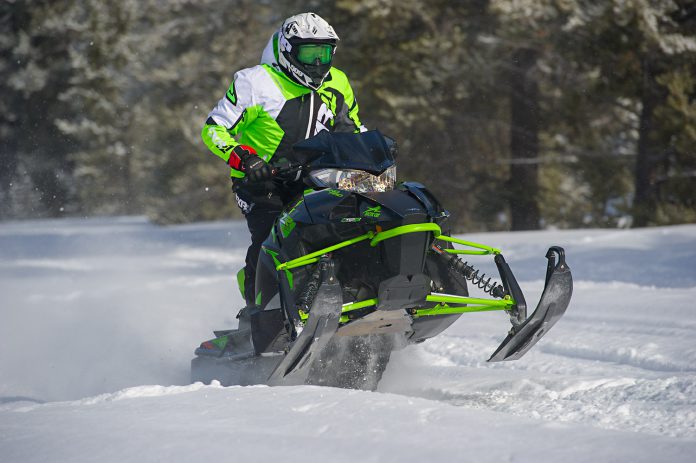 Arctic Cat has wasted no time getting its new 800 DSI mill in as many models as possible.

We’ve ridden them and the level of smoothness and responsiveness is unlike any other big-inch Cat ever.

We were surprised to learn that Arctic Cat has included the new engine in several other models for MY2018.

Usually there’s a lag in introducing a new engine all across the model line-up and new intros are limited to the most popular models only. Case in point is Ski-Doo’s 2017 intro of the G4 with a brand new 850.

Honestly, it’s not that simple. Because of the new engine’s different power characteristics, every model needs to be calibrated to match its output.

This involves clutching, gearing and distinctive fuel mapping differences for altitude sleds, powder-specific riding and trail use. It’s a huge undertaking and something most snowmobilers take for granted.

This commitment to change pretty much leaves the old Suzuki-built 800 in the memory banks.