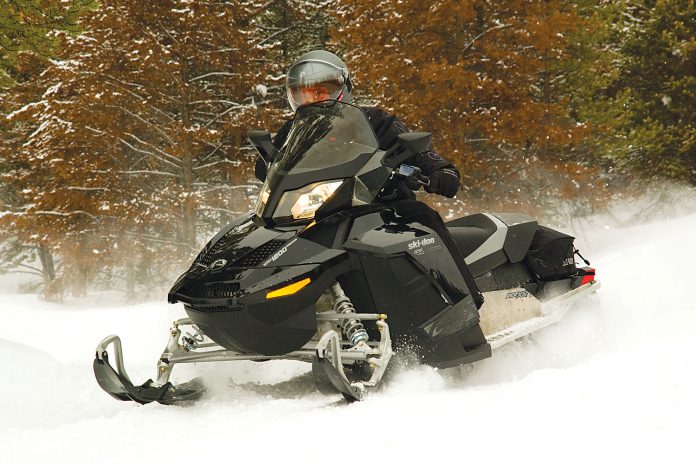 We like the GSX as a used sled because of the type of owner who bought one. Since this was not regarded as an all-out performance model, chances are these sleds may have led an easier life than some MX-Zs and Renegades.

The truth is, however, except for shocks and aesthetics, the GSX is an MX-Z in nearly every imaginable way. The 600 was built on the super-light XP platform and the 4-TEC used a modified, slightly wider XR chassis to accommodate its big-inch 4-stroke.

This brings up another good point: That 1170cc 4-stroke was the largest engine put in a snowmobile (still is) and that probably means there might have been less stress than on a smaller one. This 4-stroke has proven to be durable and is a versatile, fun sled to own – especially if you’re a trail rider.

1. The 4-TECs had annoying throttle lag that takes some getting used to. Once you’re onto it, though, it’s not much of a concern.

Supertrax Onlinehttps://www.supertraxmag.com
Check back frequently for new content and follow us on social media!
Previous articleFull Review of the 2019 Arctic Cat ZR 8000 RR 137
Next articleInstall and Test of the All-New MBRP Patriot 850 Exhaust