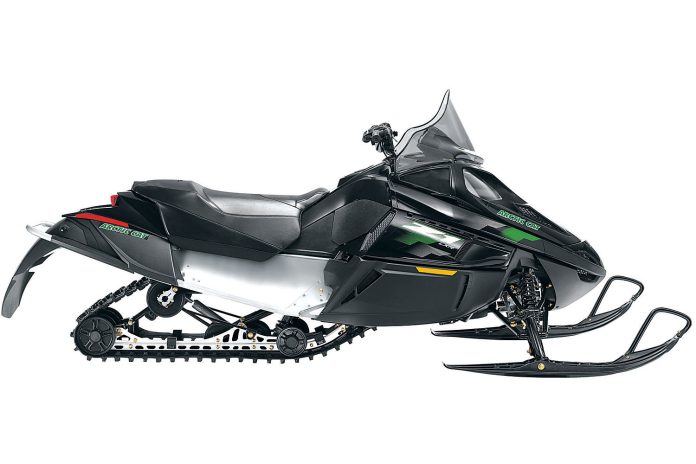 You may recall the EPA scare of the 00 decade that threatened to change everything about snowmobiles as we knew them previously.

The OEMs were hedging their bets and putting money into developing super-clean 2-stroke tech and polishing the image of 4-strokes as performance sleds.

Cat’s “clean snowmobile” answer to compete with the super clean competition in the 600 class was the Z1. This sled was powered by an even-firing, DOHC, 1056cc Suzuki-built twin that was nearly indestructible.

Housed in the strong but heavy Twin Spar Cat chassis, originally with a 121 inch track (that first sled was called the “Jaguar”), by 2009 had a 129-inch track. With the longer track and skid and this engine onboard, weight was an issue – especially with the competition making a big deal about it and offering much lighter and faster EPA-approved 600 2-strokes opposite the Z1.

Today, viewing it as a used sled, the Z1 is an excellent buy. Although these sleds sometimes had flooding issues if you didn’t follow start-up protocol religiously, they were reliable to a fault.

If you didn’t warm them up properly you could be disassembling the sled in minus-20 degree weather to get at the fouled spark plugs.

Otherwise, the Z1 was easy on belts, had reliable electronics and would accelerate close to some of the 600s – but get left behind at top end.

During this era all the hype was focused on the Z1 Turbo and not on this more subdued, naturally aspirated Z1. Since the EFI version was less performance focused and has a good reliability record, depending on your needs, we would strongly recommend this sled as a 10-year-old purchase.

Supertrax Onlinehttps://www.supertraxmag.com
Check back frequently for new content and follow us on social media!
Previous articleExperiment Winter with the 2020 CKX Line Up
Next articlePolaris Snowmobile Adventure in New Hampshire & Maine