Timbersled Partners with AMA for EnduroCross 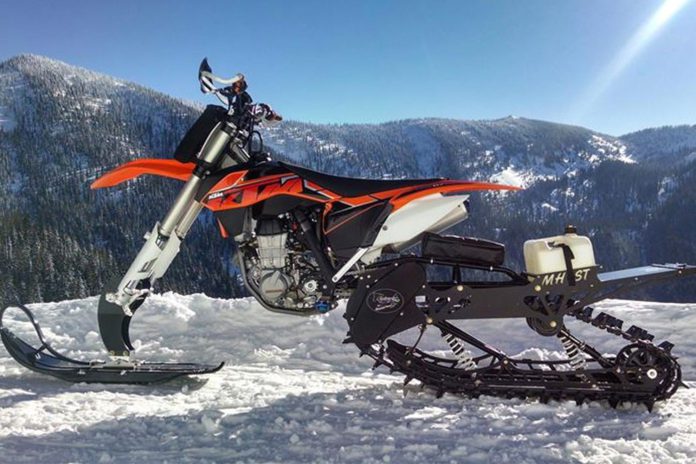 “Timbersled is excited to partner with AMA to bring the sport of snow biking to EnduroCross fans,” said Chris Wolf, president of Polaris Snowmobiles & Timbersled. “AMA and Timbersled are premier brands in their categories and together we’re excited to provide further visibility for the sport.”

A Timbersled conversion kit combines the speed and agility of a dirt bike with the terrain capabilities of a snowmobile for an all-new ride experience. Along with the sponsorship, Timbersled will display its products at several rounds of the 2017 series.

The 2017 AMA EnduroCross series, presented by Moose Racing and PJ1 will include seven rounds, starting on August 19 inside the Orleans Arena, in Las Vegas, Nev.

Visit www.endurocross.com for more information and the latest news.

You can learn more about Timbersled at www.timbersled.com.