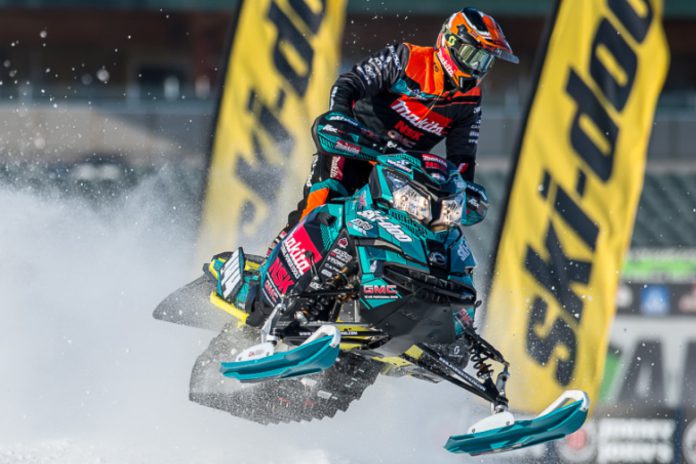 Tim Tremblay continued to show speed and consistency in Pro Open, while Aki Pihlaja hit the podium in all three of his finals while taking the top step on Sunday.

In Pro Open Ishoel’s win on Friday was hard fought as he worked his way from a fifth place start down the first straightaway, to the front just past the mid point of the race. In many cases you would hear it was methodical and calculated – but that’s not how it works with Ishoel – his riding is aggressive and electrifying, and this race was no exception. The win attests to his ability and speed as a Pro Open racer.

Tim Tremblay may have come out as the biggest winner of the weekend, winning all six heat races he was in and finishing 3rd, 6th and 4th in the finals.

His speed was obvious – especially on Friday as he came from last to third in the final – and looked poised for better results as he consistently made passes for position, but an off track excursion or two moved him back at the flag Saturday and Sunday.

He leaves Canterbury with a 35 point gap and the red number plate designating the series points leader.

In Pro Lite action Max Taillefer and Aki Pihlaja made their presence felt as they never finished outside the top four. Friday’s final kicked off with the intense racing this class is known for and finished with Pihlaja grabbing second at the flag and Taillefer getting nipped at line for the last podium spot.

Friday’s last lap might have sparked Taillefer on Saturday as he rode like a man on a mission. He was not going to be denied as he took an early lead in the final and stretched it throughout the race little by little to finish with a comfortable margin over Pihlaja.

Racing for a third day in a row was extremely draining on both the Pro and Pro Lite classes, but Pihlaja was up for the challenge. He took command of the race early by establishing a small gap that was enough to let him stay out of the intense snowdust behind him that made negotiating the cratered out track even tougher than normal. Pihlaja leaves the event with a 36 point lead and retains the red plate in the season championship chase.

In the rough and tumble Sport class Francis Pelletier took his first ever win when Hunter Patenaude ran into some bad luck on the final lap. This is only the second year young Pelletier has been racing snocross and he looks poised for more great finishes as he followed it up with a second place on Saturday while Patenaude had another good ride with no issues to finish third.