REACH FOR THE SUMMIT SHARED EXPERIENCES 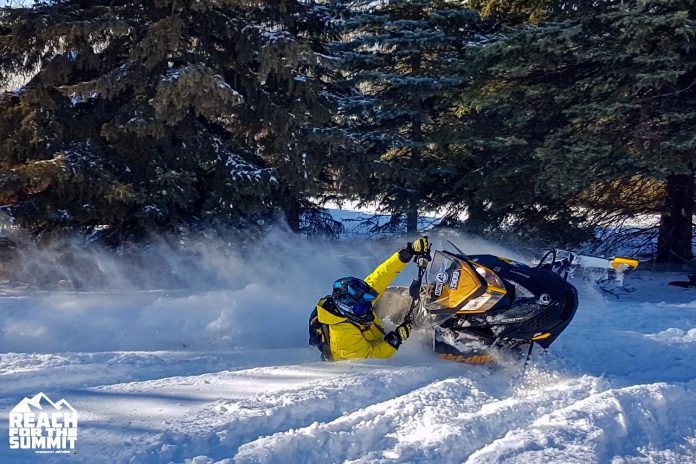 Congratulations to Ryan Gnenz for sharing his REACH FOR THE SUMMIT experiences! Ryan picks up the Cyclops GEAR CGX2 4K Wi-Fi Action Camera! A great camera for capturing your experiences!

“I have been snowmobiling since day one of my life. My first sled was a 2004 Ski-Doo Mini Z and I probably put 200 hours on it as a child. Then when I was 12 I inherited my grandfather’s 1978 John Deere 440 Liquifier and rode the crap out of that sled for 5 years. Then when it finally had its day about 5 years ago, I found myself a Renagade Sport and rode that to this current date.

Snowmobiling is my life and i love the people and culture that surround it. I ride mostly ride in Northern Alberta Canada, but have had a few mountain experiences. It would be the best experience of my life to go ride with you at CKMP. I have been watching SnowTrax Television since day 1.”

Submit your story, photos and videos at at supertraxmag.com/summit and you could WIN an all expenses paid mountain riding adventure at CKMP (Carl Kuster Mountain Park) in beautiful British Columbia, Canada.

While there you’ll not only enjoy 5 star accommodations, you’ll also get to hang out and ride with Ski-Doo Mountain Ambassadors Carl Kuster, Rob Alford and Tony Jenkins!

The lucky winner will also star alongside Luke and AJ Lester in a feature story on SnowTrax Television and be the focus of an article in Supertrax Magazine.