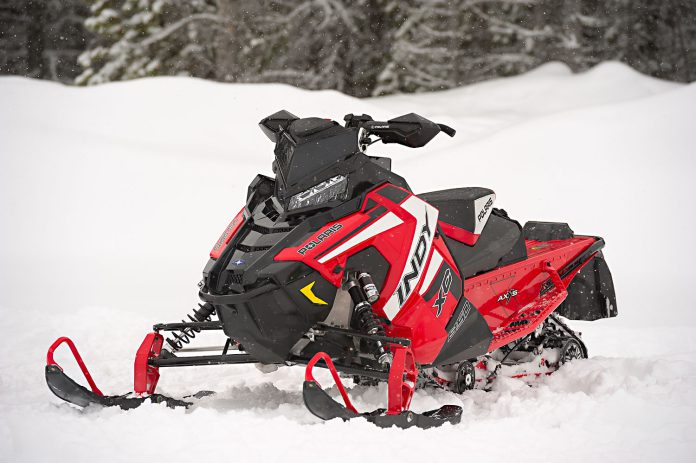 Trax Media Inc. and SnowTrax Television are pleased to announce the winner of the coveted annual Real World Sled Of The Year award.

SnowTrax Television takes pride in the comprehensive and in-depth process the editors and hosts of snowmobiling’s most watched, longest running enthusiast television series employ to determine the Real World Sled of the Year award winner.This year’s winner is none other than Polaris’ new Indy XC 850 with Pro CC suspension.

From a competitive standpoint this season produced an incredibly close battle between the Indy XC 850 and Ski-Doo’s MX-Z XRS 600R. When push came to shove, according SnowTrax TV’s Luke Lester, the nod ultimately went to the Polaris. “The new Indy XC won over our critical and discerning riders with its amazing handling, rear skid ride compliance and the new Patriot 850 engine’s formidable, seamless and smooth power delivery.”

SnowTrax Co-Host AJ Lester went on to say this about the annual Real World Sled of the Year award, “It was not only a close battle between first and second place but a significant turn of events when perennial fourth place finisher Yamaha stepped up and carded a solid third place with their formidable 180 HP Sidewinder SRX Turbo.