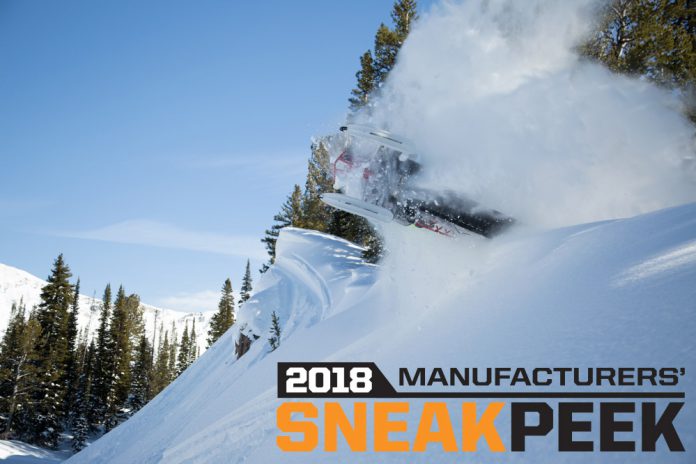 Details on the 2018 snowmobiles have started to emerge, and in the coming weeks photos and specs will be readily available.

Still, there’s no better way to experience the new models and learn about the latest technology than visiting a manufacturer’s Sneak Peek tour location in your area.

This spring Yamaha, Ski-Doo and Polaris have teamed up to showcase their latest snowmobile models with a tour starting in March and ending in early April with seventeen stops across the snowbelt.

Each manufacturer will feature their most exciting new 2018 models along with new technology displays, clothing, and details on their spring retail offers.

In addition, factory representatives and local dealers will be on-hand to answer questions and give first hand knowledge on the newest innovations. Also, several stops include information booths from state or provincial snowmobile associations and local clubs, providing great information on trails and other snowmobile related activities in the area.

This year’s United States tour starts in Colebrook, New Hampshire as part of the Swift Diamond Riders SnoDeo event March 3rd and 4th and will make stops as it moves westward before concluding in Fargo, North Dakota on April 3rd.

To the north, the Canadian tour will commence in Laval, Quebec on March 13th and 14th and will travel west until reaching Edmonton, Alberta, and wrapping up on April 1st.

Most tour stops are free and serve-up a great opportunity for an evening out with friends and family.

For complete tour details including locations and times visit snowsneakpeek.com